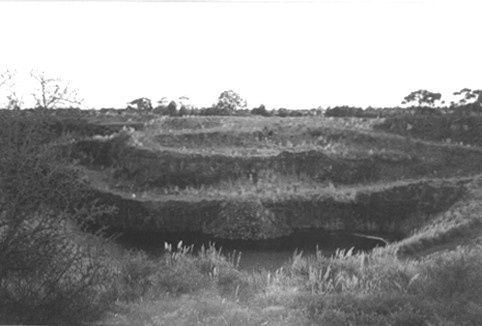 Of historical significance as one of the last remaining bluestone quarries in an area which was once Melbourne's leading producer of bluestone. The rock face indicates the depth of the stone, part of a volcanic plain which stretches for miles west of Melbourne and which is amongst the largest volcanic plains in the world.