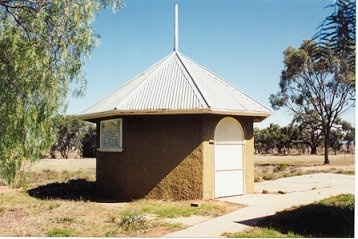 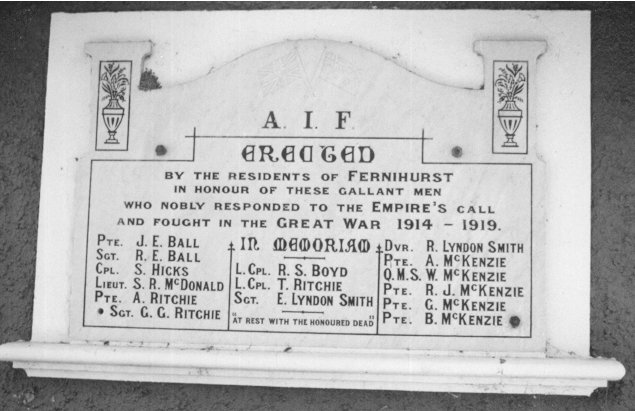 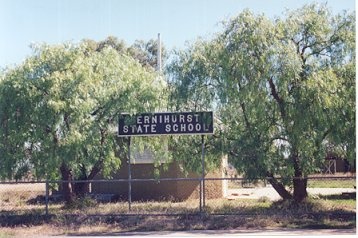 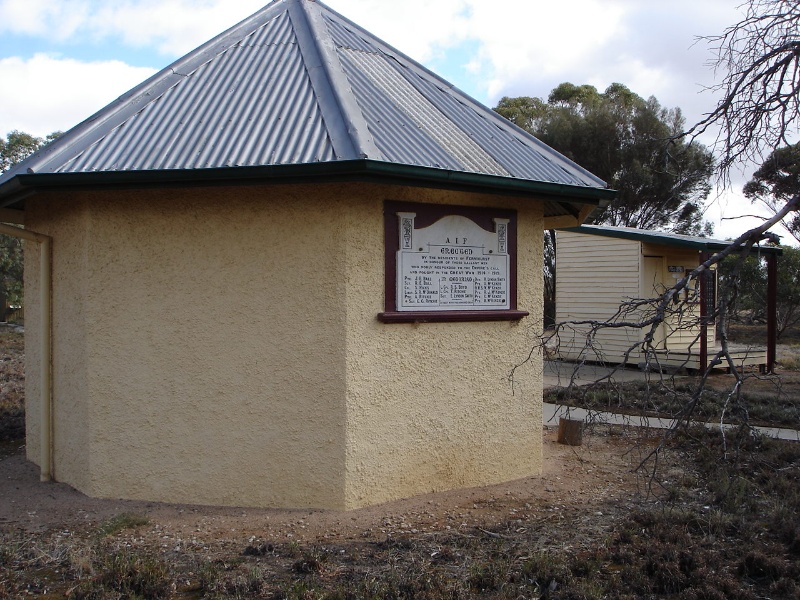 Fernihurst War Memorial Pavilion is located within the grounds of the former Fernihurst State School. The school is no longer on the site which is now a recreation reserve. Fernihurst was the centre of a thriving dairying district, with six hotels and three butter factories. The shelter was constructed in1918-19, funded by public subscription, to commemorate local servicemen who served in World War I. The external marble Honour Board reads "A.I.F. Erected by the Residents of Fernihurst in Honour of These Gallant Men who Nobly Responded to the Empire's Call and fought in the Great War, 1918-1919." Fifteen names are listed.

Fernihurst War Memorial Pavilion is of architectural and historical significance at a local level.