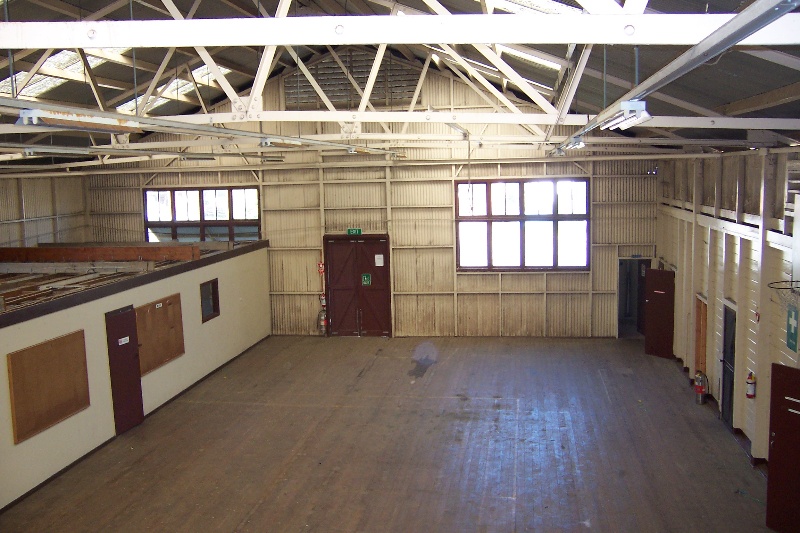 Drill Hall internal prior to conversion to sport facility

What is Significant?
The Korumburra Drill Hall, designed by the Public Works Department and constructed in 1914, at 8 Charles Street, Korumburra.

Why is it Significant?
The Korumburra Drill Hall is of local historic significance to Korumburra.

Historically, it is significant as the only Drill Hall in the Shire and illustrates the measures that were taken throughout Victoria to prepare for the outbreak of the First World War. (AHC criteria A4, B2 and D2)