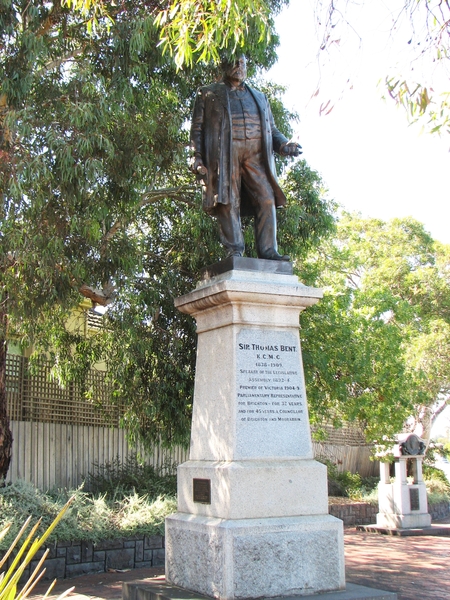 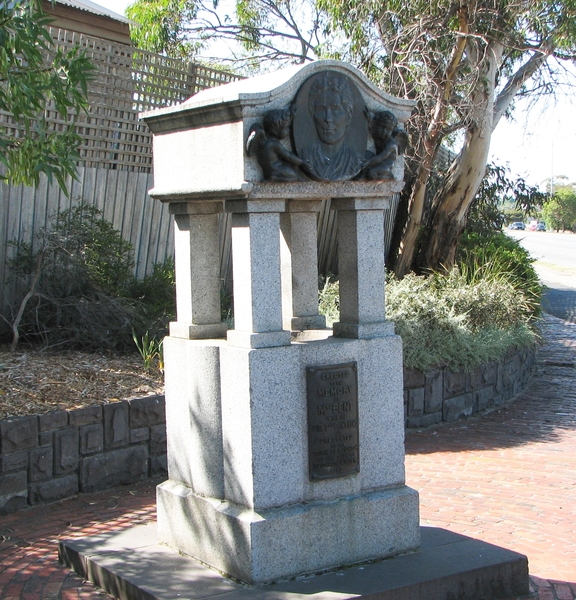 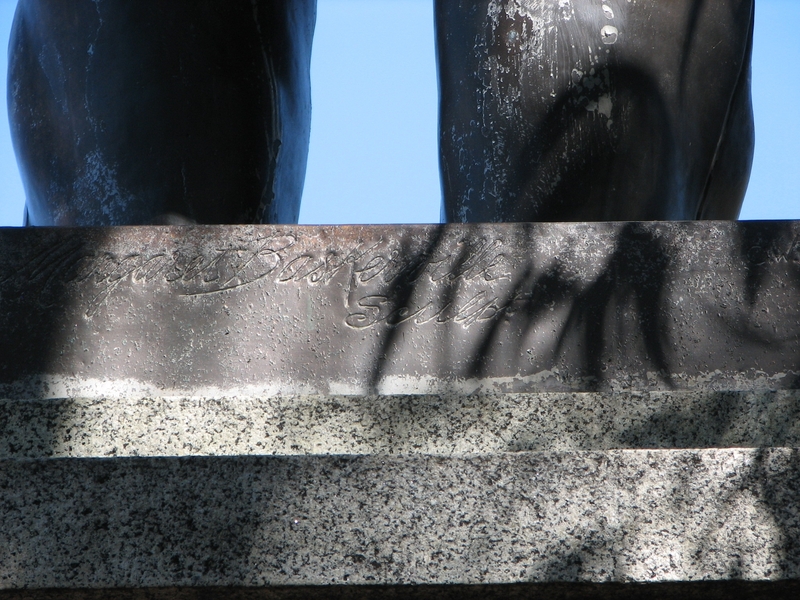 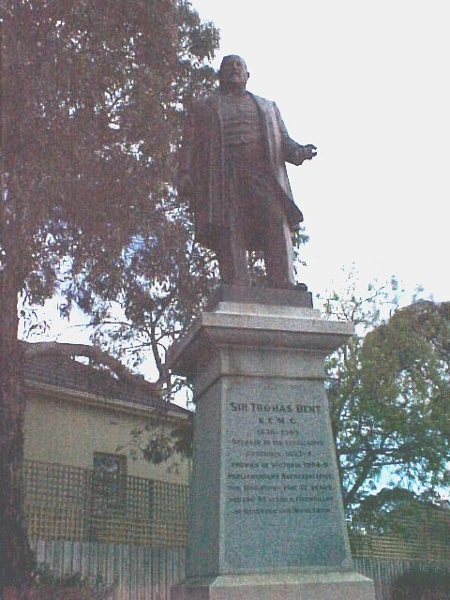 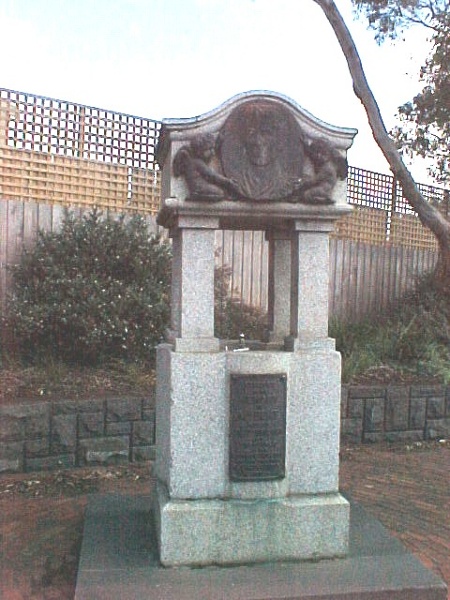 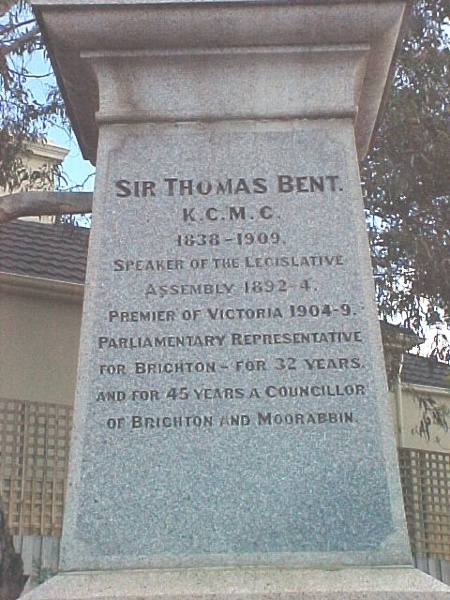 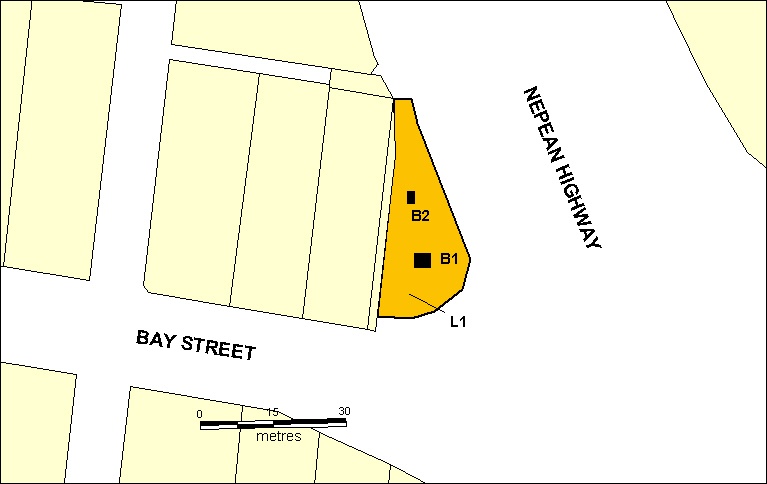 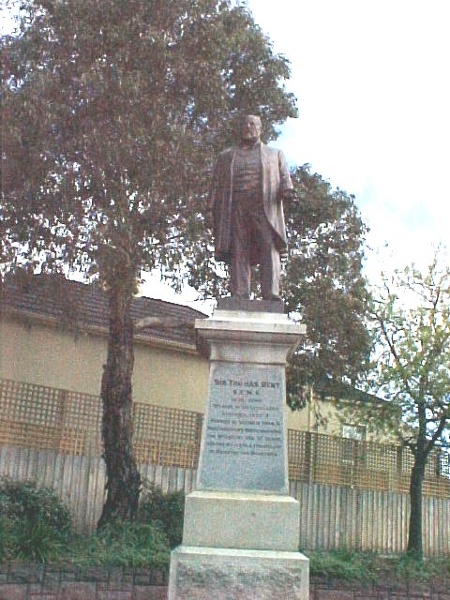 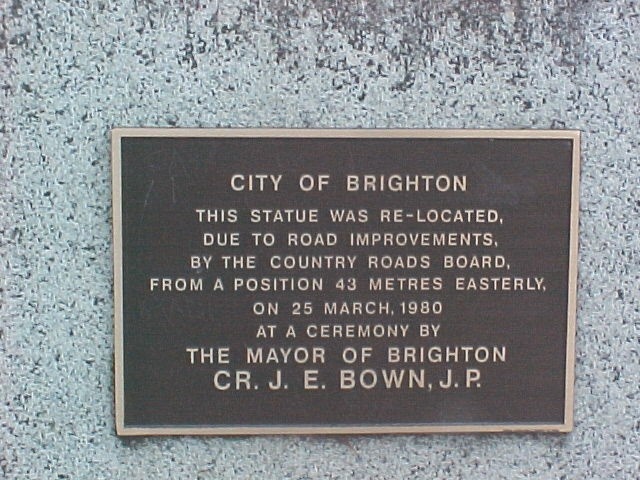 Following the death of Sir Thomas Bent (1838-1909), Brighton Council raised money by public subscription to commemorate the memory of its most famous politician. The 2.9m high bronze statue of Bent was unveiled in 1913. It was designed by the sculptor Margaret Baskerville and cast by CW Marriott.

Bent left school at the age of 13 to work with his father in their market garden. By the time he was 21 Bent owned his own market garden, at 23 he became Brighton's first rate collector, and at 24 he was elected to the Moorabbin Road Board. His background and experience in local affairs enabled him to be elected as Member for Brighton in the Legislative Assembly of Parliament at the age of 33, a position he held for 32 years.

Bent was an infamous but able politician. His work included tenures as Minister for Railways, Vice- President of the Board of Land and Works, Speaker of the Legislative Assembly (1892-94), Treasurer and then Premier of Victoria (1904-09). At the local government level he was elected Mayor of Brighton on ten occasions.

Bent saw nothing wrong in using political power for personal profit, and having invested heavily in real estate he used his public position and local knowledge for personal gain. There were many scandals associated with his name, particularly in government land deals, the duplication of Brighton?s railway, and the re-routing of the tramline from St. Kilda past properties he owned.

In 1892 a select committee of Parliament dealt with charges of corruption against Bent. Whilst he was cleared of any financial gain, it censured him strongly for unconstitutional behaviour, cast suspicion on many of his dealings and did not entirely clear him of all the allegations.

The statue is mounted on a tall granite plinth and is now located beside a busy intersection on the Nepean Highway in Brighton. Beside the statue is a memorial drinking fountain dedicated to the memory of Bent?s second wife, Elizabeth. The granite memorial has four piers supporting a canopy embellished with a cusped arch. A bronze medallion held by two cherubs depicts in low-relief a bust of Elizabeth Bent.

In 1980 the statue and fountain were moved to their current location from their original posiiton in the middle of the Nepean Highway.

The statue of Sir Thomas Bent is of historic and social significance to the State of Victoria.

The statue is historically significant for commemorating Bent's long, active and infamous political career in Victoria. He was responsible for many important speculative ventures both within his electorate and in the wider context of Victoria. Although not without thought for personal gain, Bent was a committed advocate of public utilities, railways, roads, tramways and gasworks.

The statue is historically significant as the first large public commission given to a woman sculptor in Victoria. This work helped the sculptor, Margaret Baskerville, preserve her name as Victoria?s first professional woman sculptor.

The statue is socially significant as testimony to the late nineteenth century land boom and the financial and political corruption and scandals that accompanied it.