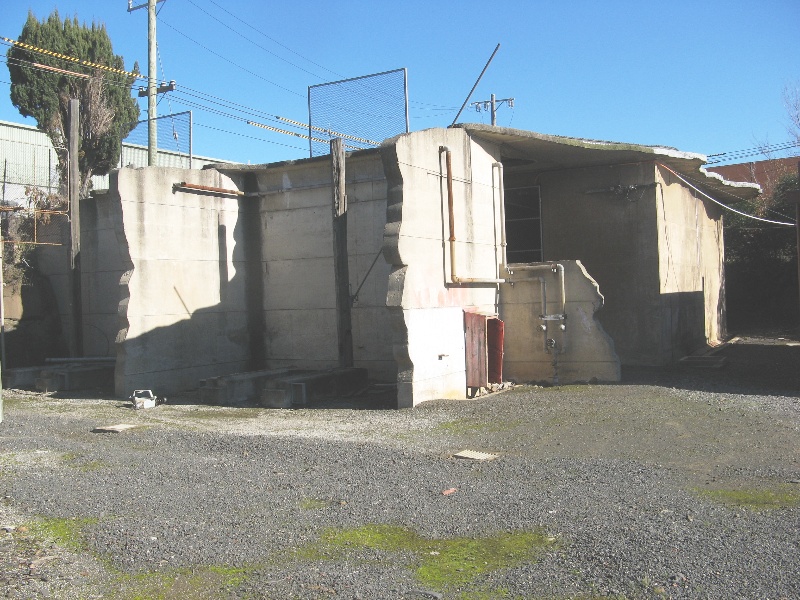 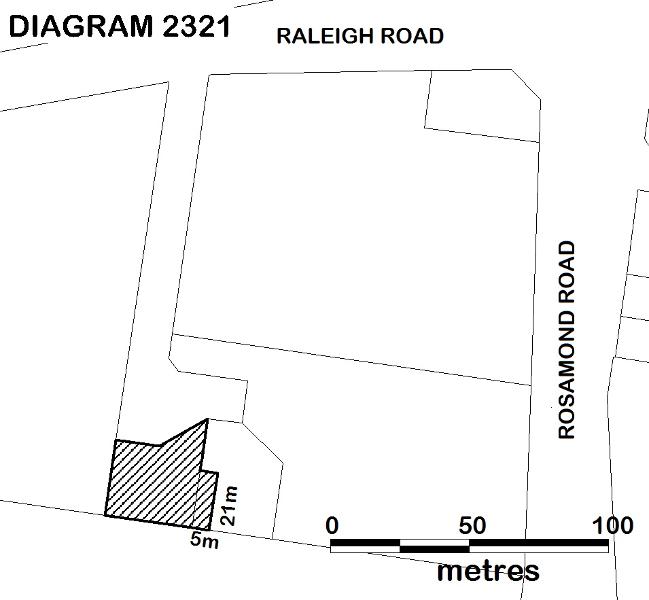 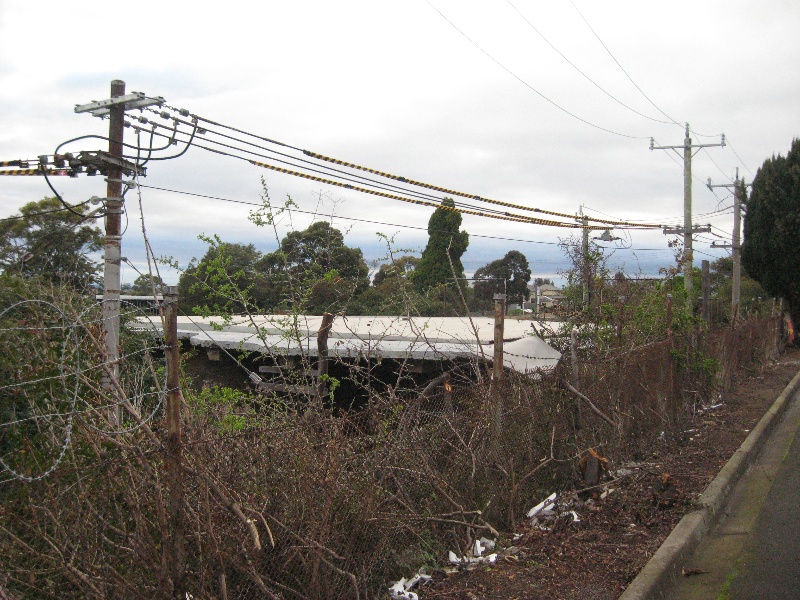 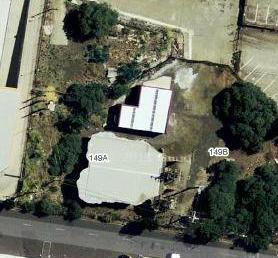 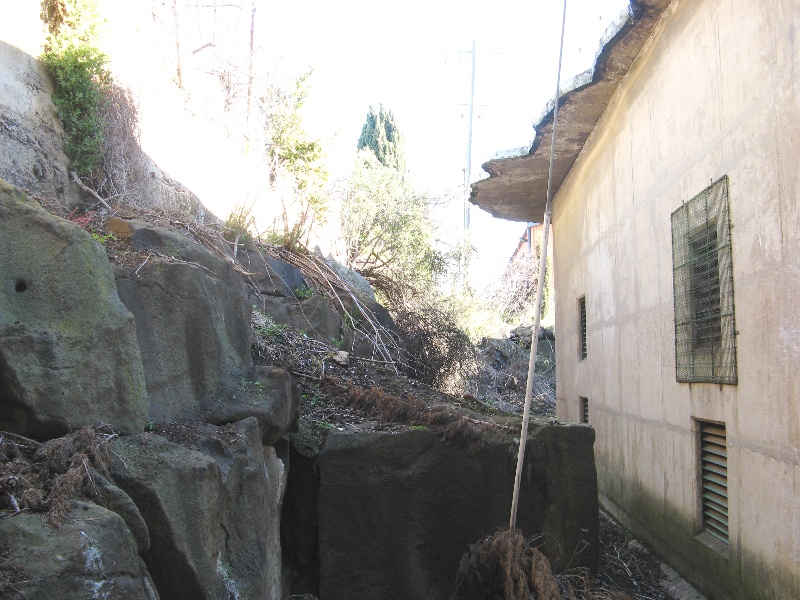 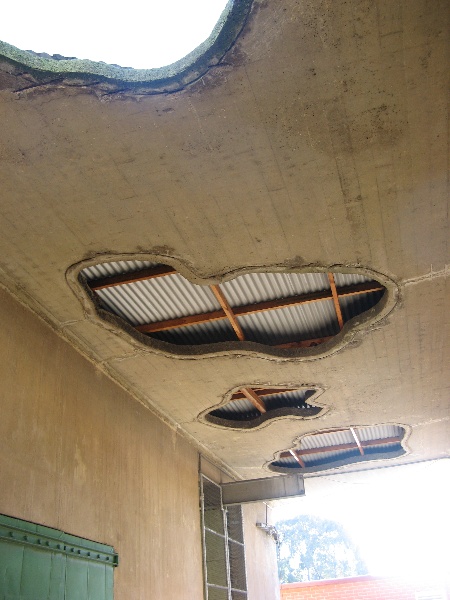 The Tram Substation at Maribyrnong is a reinforced concrete building, constructed in 1941-42, which has an irregularly shaped roof intended to camouflage the building when viewed from the air.

The Maribyrnong area was the centre of Australia's munitions manufacturing industry during World War II. Key sites included the Explosives Factory Maribyrnong (EFM) on Raleigh Road, the Ordnance Factory in Wests Road and the Ammunition Factory (ADI) in Gordon Street. At the beginning of the war only bus transport was available for the factory workers, but the number of employees increased greatly following the entry of Japan into the war in 1941, and by 1942 was more than 23,000. To ease the transport difficulties the Commonwealth Government made the decision to subsidise the extension of the existing tram lines. In 1940 the Melbourne & Metropolitan Tramways Board (M&MTB) extended the existing line from Maribyrnong Road across the Maribyrnong River to Cordite Avenue to serve the EFM, and then along Wests Road to the Ordnance Factory. In 1941 a new line was completed running from Ballarat Road along Gordon Street to the Ammunition Factory, and in 1942 another new line was built from Moonee Ponds to the west end of Maribyrnong Road. A new electrical substation was constructed at Maribyrnong to provide power for the trams on the new lines. Both the siting and the form of the building provided protection against possible air raids, and even now it is difficult to see. It was built against the rear wall of an abandoned quarry and had a roof designed with no straight lines in order to resemble a water feature when viewed from the air. The contract was awarded to the builders Weavell & Keast in November 1941, the contract price being £4437, with amendments for camouflaging costing an extra £210. The substation was decommissioned in 2005 and a new substation was constructed nearby.

The Tram Substation at Maribyrnong is a steel-framed reinforced concrete building with a flat concrete roof which has an irregular outline and irregularly shaped cut-outs within it. Corrugated iron has recently been laid over the concrete roof, covering the cut-out sections, but the irregular outline is still apparent. The concrete walls separating the external transformer bays also have curved edges. The building retains some original equipment, including mercury arc rectifiers, transformers and switching equipment.

The Tram Substation at Maribyrnong is of historical significance to the State of Victoria and satisfies the following criteria for inclusion in the Victorian Heritage Register:

Criterion B Possession of uncommon, rare or endangered aspects of Victoria's cultural history

The Tram Substation at Maribyrnong is significant at the State level for the following reasons:

The Tram Substation at Maribyrnong is historically significant for its association with the expansion of Melbourne's transport networks during World War II to provide transport for the large numbers of workers employed at the Commonwealth munitions factories in the Maribyrnong area, which were essential for Australia's war effort. The substation reflects the wide variety of structures required to accommodate the war effort in Victoria, including factories, drill halls, magazines and bunkers, housing, roads and public transport. It is one of the few tangible reminders in Victoria, outside a museum, of a time when Australia was under threat. Although Victoria was probably under little threat of air attack during World War II this building reflects the threat perceived by much of the population. (Criterion A)

The Tram Substation at Maribyrnong is the only known example in Victoria of the survival of war-time camouflage applied to a non-military building. It was designed to resemble a water feature when viewed from the air in order to provide protection from bombing attacks. There are no other known examples of the use of this sort of camouflage on a building in Victoria. (Criterion B)