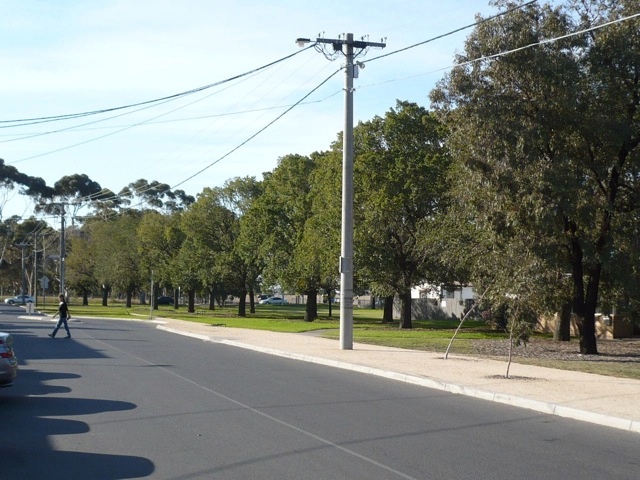 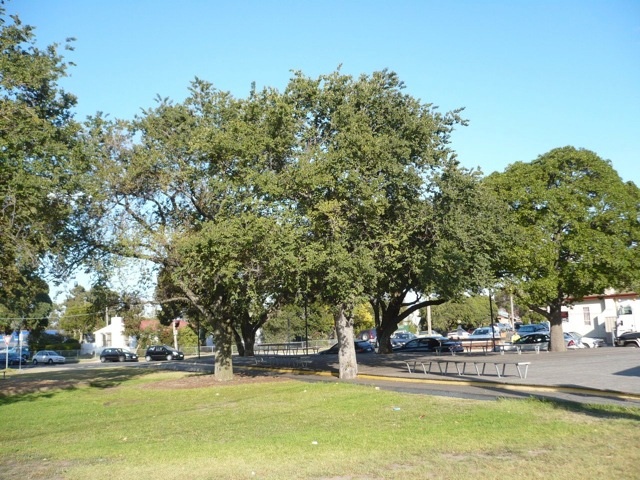 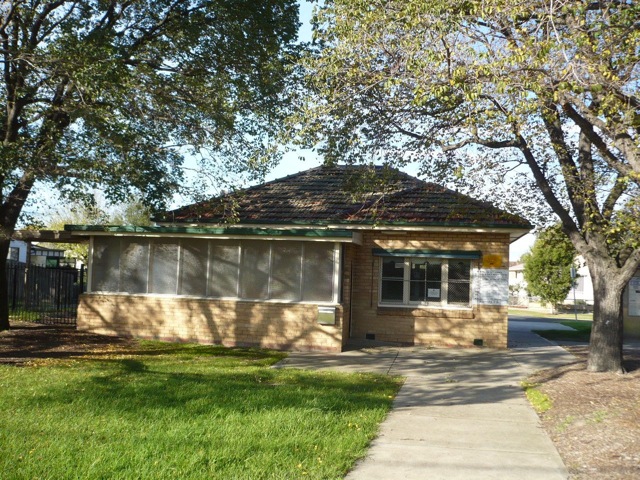 What is significant?
The DS Bain Reserve at 2 Merlyn Street, Coburg North. The following elements contribute to the significance of the place:

- The double row of mature Elms (Ulmus sp.), and two Melaleuca lanceolata (Moonah) and a Brachychiton australis (Broad-leafed bottle tree) at the south end of the reserve.
- The simple original open layout of the reserve featuring mature trees set in lawn.

The decking and other late twentieth century landscaping and gravel pathways throughout the reserve are not significant.

The Baby Health Centre is of individual significance and has a separate place record and statement of significance.

How is it significant?
The DS Bain Reserve is of local historic and aesthetic significance to Moreland City.

Why is it significant?
It is historically significant for its associations with DS Bain, who almost single-handedly created the suburb of Merlynston and is an example of the amenities that he encouraged in order to develop a 'model' suburb that would attract people to this area. (Criteria A & H)

It is aesthetically significant as a fine example of a semi-formal inter-war park, which is notable for the fine double row of Elms, one of the largest and best examples within Moreland. (Criterion E)