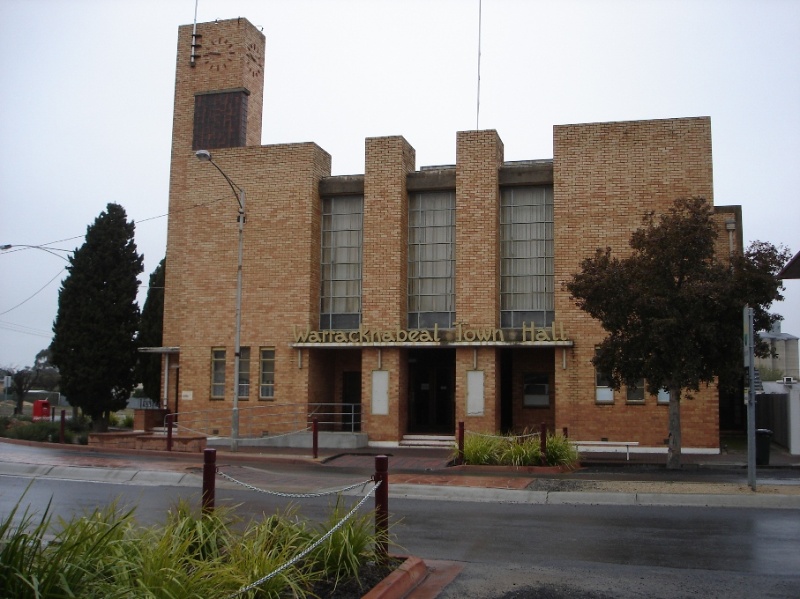 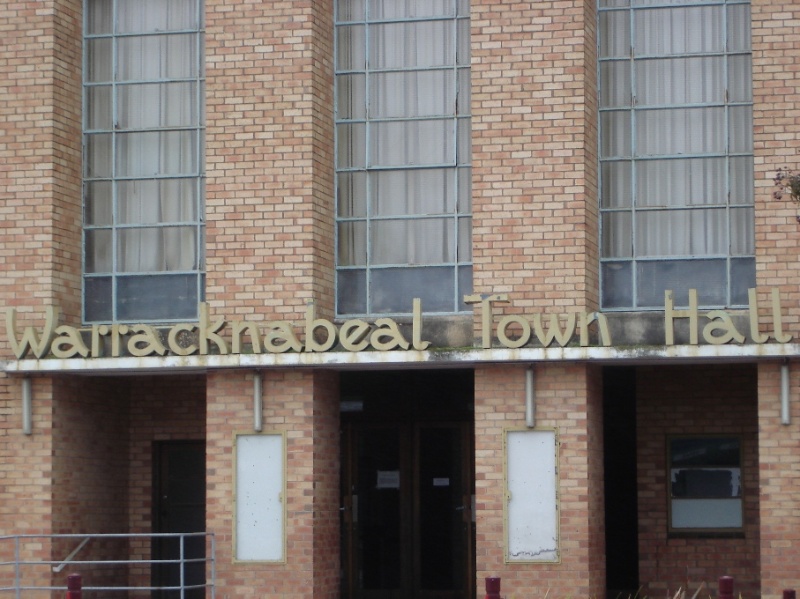 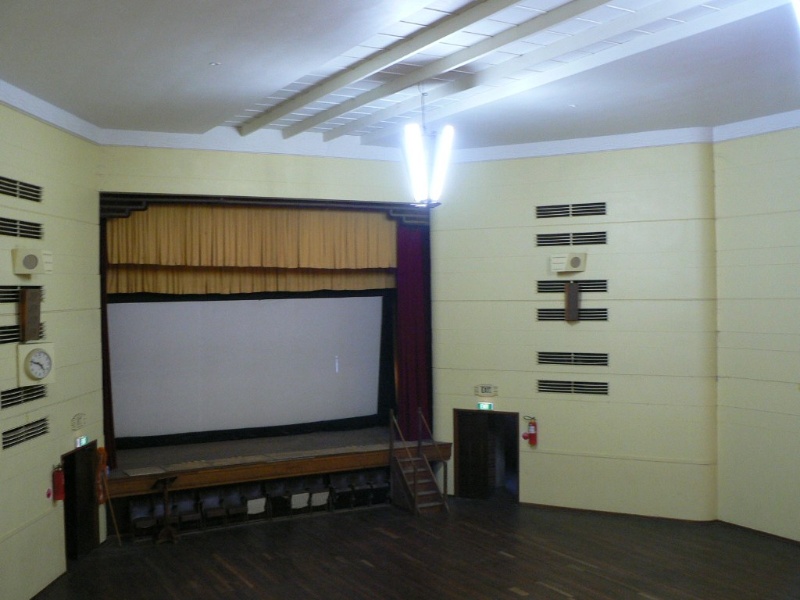 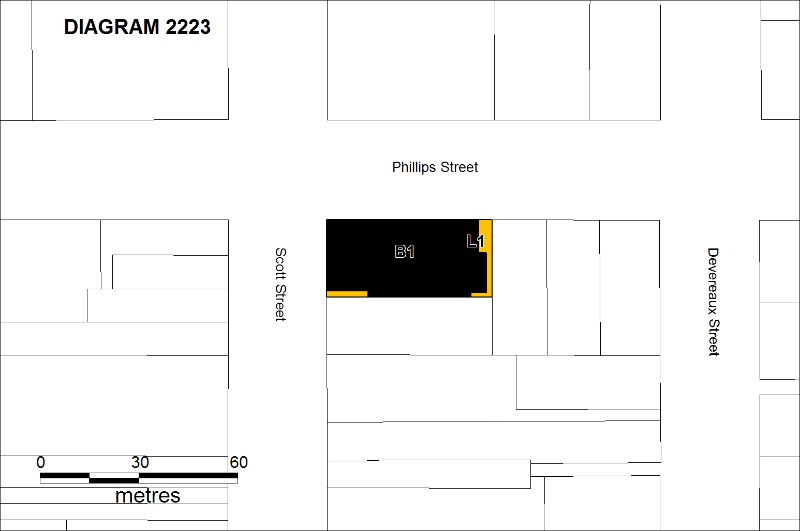 What is significant?
The Warracknabeal Town Hall, which includes the Regent Theatre, was built in 1939-40 to replace the existing municipal offices built in 1904 on a prominent site in the centre of town. Designed by the Melbourne architects Seabrook and Fildes, the building was constructed by builders A. A. Meyer and Sons to provide the town with a more adequate entertainment space. The building was designed to be used for various functions, including a range of municipal services. It included the council chamber. Like many town halls built after the First World War, that at Warracknabeal was fully fitted as a cinema, providing both a social focus for the town as well as a good source of income to pay for its construction.

The building, designed in the Moderne style, adopts an asymmetrical massing of forms which represent different functions. Horizontal and vertical elements are balanced within the composition, and cream brick, steel windows and other innovative materials are employed. The Scott Street elevation is largely symmetrical, except for a dominant vertical element at the corner of the site, which marks the entrance to the municipal offices and acts as a clock tower. This tower itself displays asymmetry with a panel of dark tiles contrasting with the cream brick, and the placement of a flagpole and clock. Entrances have thin concrete awnings, the hall entrance incorporating free-standing stylised concrete lettering with the words, Warracknabeal Town Hall. The hall entrance is between massive piers, with glazed advertising panels, and leads to pairs of glazed timber entrance doors. The setting of the building is complemented by six Cupressus sempervirens in Phillip Street, which appear to date from the construction of the building.

The interior of the hall is austere, with a stepped ceiling and flush mounted circular light fittings. Seats of cast iron, with velvet covering, and original carpet remain in the dress circle. The interior of the council chamber is substantially intact including a pendant light fitting, which comprises three white spheres joined by a sheet of plate glass rounded at each end. The first floor men's toilets retain the original Vitrolite glass urinals. Much of the late 1930s equipment survives in the bio box, includingearly RCA projection equipment and arc lighting,original RCA High Fidelity Sound Equipment (Model 703 Serial No 577),a electrical switchboard,a slide projector and a collection of 9 glass advertising slides. Rewinding equipment also survives in an adjacent space.

Architects Seabrooke and Fildes had gained notoriety with their design for MacPherson Robertson Girls High School, South Melbourne (VHR H1641) in 1933-34. In this innovative design they introduced European Modernism to Victoria, in particular the brick de-Stijl architecture of Dutch modernist Willem Dudok. Norman Seabrooke saw seminal buildings by Dudok in Hilversum, including the town hall (1927-31), while travelling in 1930. They continued to be influenced by this modern movement in their design of the Warracknabeal Town Hall in 1939-40.

How is it significant?
The Warracknabeal Town Hall is of architectural and historical significance to the State of Victoria.

How is it significant?
The Warracknabeal Town Hall is of historical significance as one of the most intact and fine examples of town halls built with a cinema. It demonstrates the combination of municipal and social needs of a rural community in a single facility.

The Warracknabeal Town Hall is of historical significance for its surviving, late 1930s projection and sound equipment, which may be the most intact example surviving in any rural Victorian cinema. The collection helps in understanding the operation of the cinema from its earliest period.

The Warracknabeal Town Hall is of architectural significance as an important example of the work of Seabrooke and Fildes, one of the most notable architectural practices of the period in Victoria. Together with other examples of their work, it represents a direct link with the European origins of Moderne architecture.

The Warracknabeal Town Hall is of architectural significance for its notable interior with surviving details and finishes, including furnishings of the dress circle, the use of Vitrolite in the men's toilets and the light fittings in the council chamber.