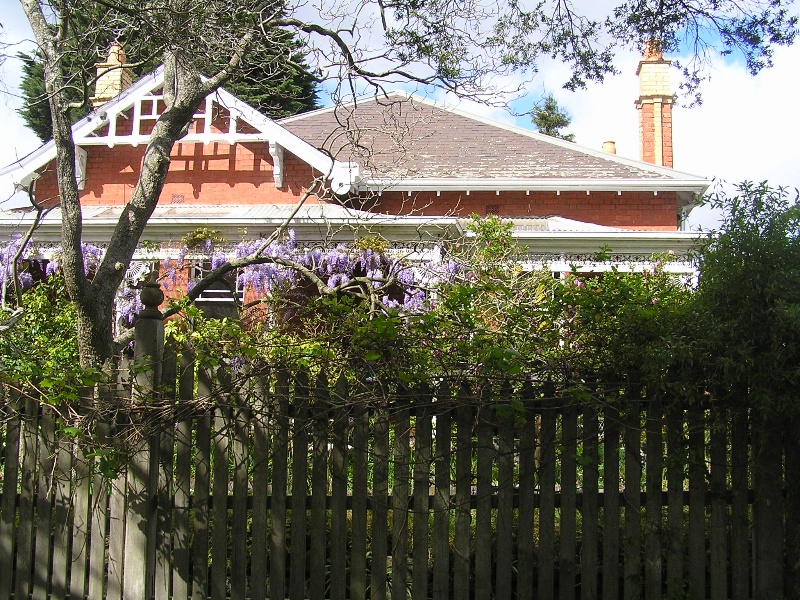 Review of B Graded Buildings in Kew, Camberwell & Hawthorn

Doneraile is of local historical and state architectural significance. Designed by architect Evander McIver and constructed in 1890-91, Doneraile is a prototype for the emerging Federation villa. Its asymmetrical planning, strapwork chimneys, plain brick walling, pyramidal slate roof and Japanese turned timber detailing are all Federation characteristics, but were seen in combination in only a few houses prior to 1890. It is one of a limited number of prototypes that appeared in Melbourne during the period 1889-1892. Doneraile is a virtual compendium of very early Federation forms and detail; these components are combined with elegance and directness, and with a particular scale that was to recur throughout the Federation period.

Doneraile is one of the key examples in Boroondara which demonstrate the shift toward Federation architecture, along with houses by Alfred Dunn and others in Oxley Road, Hawthorn, by Ussher and Kemp in Camberwell, Canterbury and Balwyn, and Christopher Cowper in Hawthorn. It is part of Boroondara's contribution to the development of Federation architecture in Australia.

The association in the 1940s with the prominent opera singer, Miss Amy Castles, is of local historical interest.