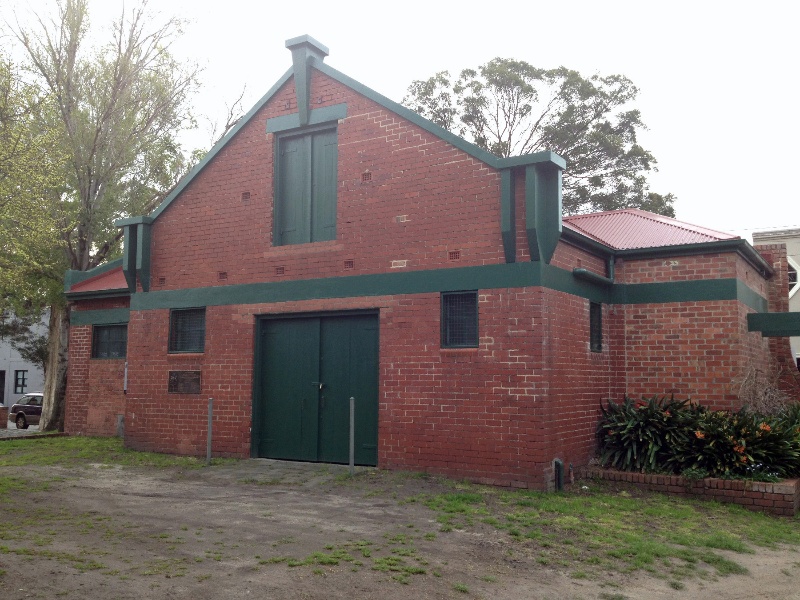 Relevant themes from the City of Stonnington Environmental History are indicated by TEH.

What is Significant?
The Elizabeth Fry Retreat was established by a family of Quakers in 1885 on land now occupied by Argo Reserve. The Retreat began as refuge and training centre for female ex-prisoners and was initially housed in a converted nineteenth century villa. This was replaced in 1914 by a substantial double-storey brick building, designed by architect J V T Ward. Inmates were put to work in a commercial laundry which provided the Retreat with a major source of income. The laundry was upgraded and rebuilt in the early 1930s. In the post war years, the Retreat operated as a hostel for wayward girls.

The site was turned into a public park in the late 1970s when all of the Elizabeth Fry Retreat buildings were demolished other than a boundary wall and part of the 1930s laundry complex. The surviving laundry building is a small red-brick structure with a distinctive rendered parapet treatment on its south facing gable end.

Elements that contribute to the significance of the place include (but are not limited to):
- The original external form, materials and detailing of the building
- The unpainted red-brick surfaces.
- The 1913 foundation stone.
- The legibility of the built form provided by the open parkland setting.
- The red-brick fence/wall on the west boundary of the site.
- The absence of modern signage on and around the building (other than interpretative signage).

Modern additions including the roof cladding, pergola and brick paving and garden retaining walls not significant.

How is it significant?
The former Elizabeth Fry Retreat laundry is of local historical and architectural significance to the City of Stonnington.

Why is it significant?
Historically, the former Elizabeth Fry Retreat laundry is significant for its associations with the early history of welfare services in Stonnington and the role of religious and charitable groups in the provision of these services (10.3.1 Neglected children and 'fallen' women, Criterion G). The laundry attests to the nature of work performed by inmates of the Retreat, and more generally provides rare evidence in Stonnington of early twentieth century approaches to the institutional care, reform and training of disadvantaged women and girls (Criterion A & B).

The former Elizabeth Fry Retreat Laundry is architecturally significant as a utilitarian institutional building made distinctive by its prominent gable end treatment (Criterion D & E). The brick wall on the reserve's west boundary provides tangible evidence of the scale of the Retreat complex and its insular nature.