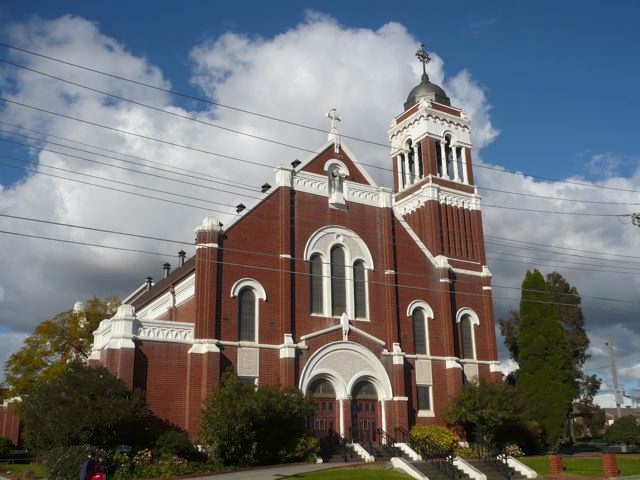 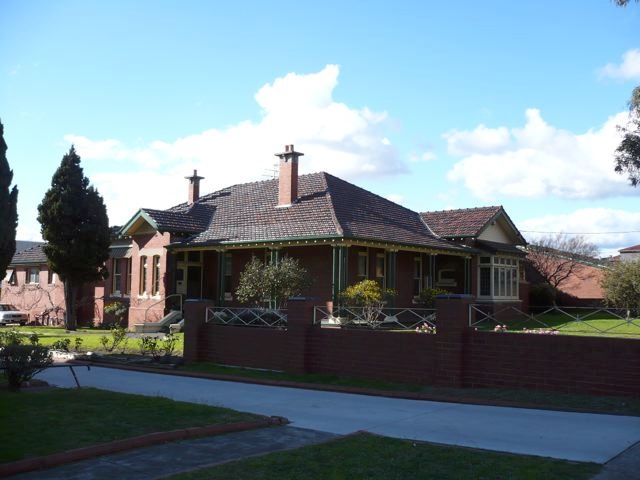 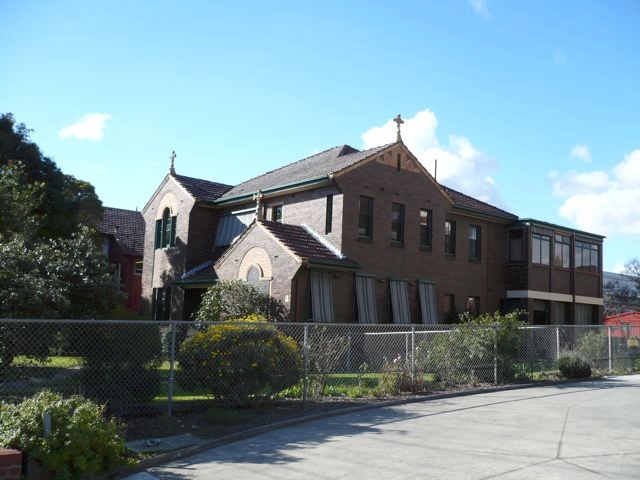 What is significant?
The Sacred Heart Church complex comprising buildings in Bell Street, David Street and Clifton Grove Preston. The following elements contribute to the significance of the place:

- The 1915 Presbytery
- The church (interior and exterior) dating from 1926 and the three mature Italian Cypresses (Cupressus sempervirens)
- The 1938 convent
- The 1956 Church Hall
- The 1957 Immaculate Heart College building that now forms part of Samaritan Catholic College.

Non-original alterations to the contributory buildings, and other buildings and plantings are not significant.

How is it significant?
The Sacred Heart Catholic church and school complex is of local historic, aesthetic and social significance to Darebin City.

Why is it significant?
Historically, the Sacred Heart Catholic church and school complex is significant as the centre of the Catholic church in Preston. It is significant as a representative example of a major Catholic Church Parish centre and the numerous buildings constructed over a century provides evidence of important phases of the development of Preston into a city in the twentieth century. The complex as a whole also illustrates the growth and development of the Catholic Church in Darebin in the twentieth century, and reflects the influence of migration upon the growth of the church in the post-World War Two era. The post-war growth ofthe church is in particular demonstrated by the 1956 Parish Hall, and the 1957 Immaculate Heart College, which was the first Catholic Regional School in Australia. (AHC criteria A.4, B.2, D.2)

Aesthetically, the Sacred Heart Catholic church at 322 Bell Street, Preston is significant as a finely detailed example of a substantial Inter-war suburban church designed in a Classical Revival style. The church has many distinct and finely detailed elements both internally and externally including its bell tower and coffered vaulted ceiling. The scale of the church and its prominent siting on an elevated corner site make it a local landmark. While the church is the centrepiece, the other buildings including the college, convent and Presbytery contribute to the setting of the church and the sense of scale and presence of the complex. (AHC criteria E.1, F.1)

Aesthetically, the Sacred Heart Hall is significant as a fine example of the use of Moderne style elements on a building. It is of aesthetic significance for its compositional qualities and the incorporation an eclectic mix of finely detailed architectural elements in the David Street (north) elevation. (AHC criterion F.1)

Socially, the Sacred Heart Catholic church and school complex is significant as a place that is known, used and valued by the local Catholic community for over 100 years. (AHC criterion G.1)