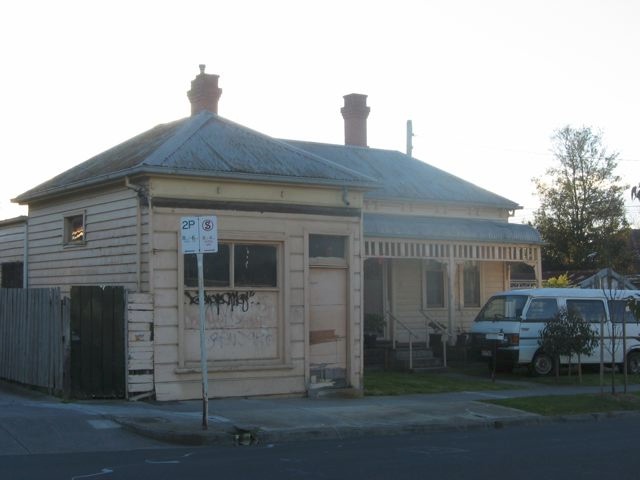 What is significant?
The weatherboard house and shop at 65 Jessie Street, Preston built by 1915, is significant. The building comprises a weatherboard Federation era residence with a hip iron roof and two brick chimneys. The separate bull-nose verandah has a timber ladder frieze with brackets and turned posts. The centrally located door has sidelights and highlights and is flanked by paired double hung sash windows with timber mouldings. The shop is a small single room structure with a hip iron roof set to the south side and forward of the house with no setback from the footpath. It has a door with a highlight above and a large picture window divided into two panes at the top. The verandah has been removed.

The later alterations and/or additions are not significant.

How is it significant?
The house and shop at 65 Jessie Street, Preston is of local historic and architectural significance to Darebin City.

Why is it significant?
Historically, the house and shop is significant as a representative example of a small neighbourhood shop and dwelling associated with the beginnings of suburban development in the western parts of Preston in the early twentieth century. It is architecturally significant as a good example of an Federation/Edwardian era shop and residence. The significance of the place is enhanced by its rarity value as one of the few surviving examples in Preston and its relatively high degree of intactness. (AHC criteria A.4, B.2, D.2)