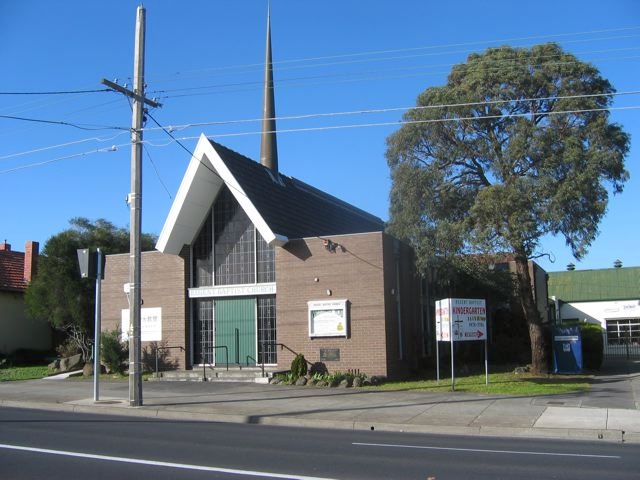 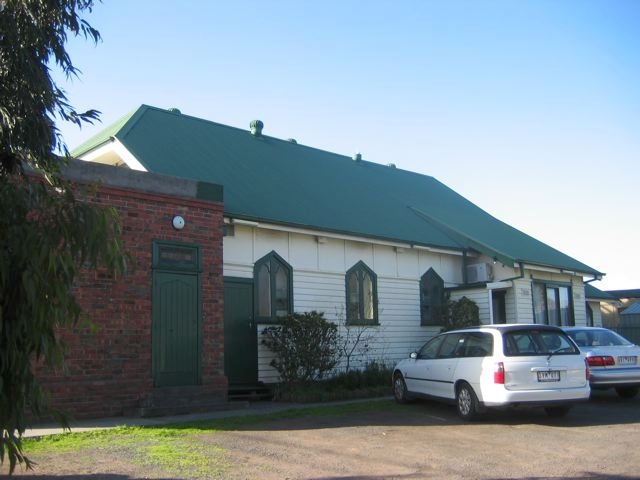 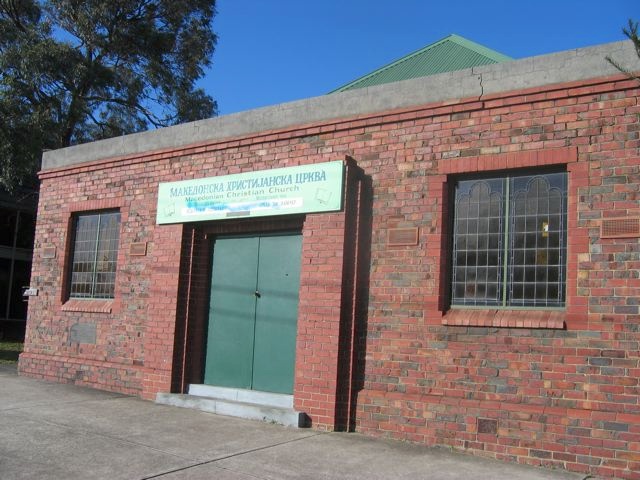 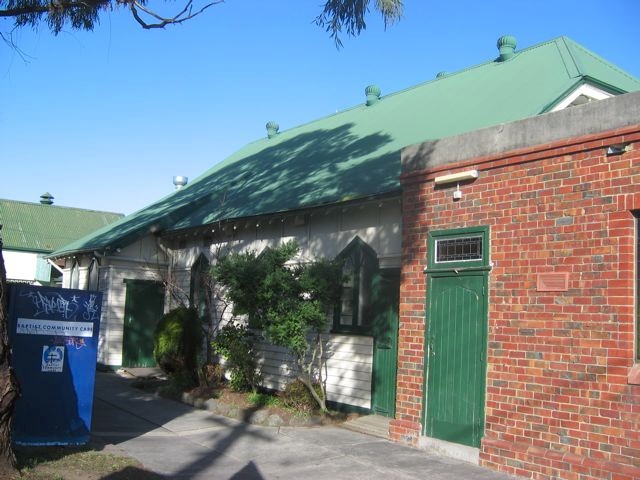 What is significant?
The Regent Baptist Church complex at 726-734 High Street, Reservoir is significant. The following buildings contribute to the significance of the place:


- The 1918 Chapel, which is a timber frame gable-fronted building clad in battened board and weatherboard and the Moderne clinker brick addition completed in 1938, that now forms the entrance of this building.
- The 1964 Church designed by architect Keith Reid. The Modernist church has two brown brick bays that flank a central entrance. Above the door in this entrance is a large stained glass window and a steeply pitched roof clad in terracotta tiles crowns the composition. A cone-shaped copper spire extends up from the roof at its High Street end. A bay projects to the south at rear.

Later additions and alterations and the unsympathetic signage on the west elevation of the 1964 church are not significant.

How is it significant?
The Regent Baptist Church complex at 726-734 High Street, Reservoir is of local historic, aesthetic and social significance to Darebin City.

Why is it significant?
Historically, the Baptist church complex is significant as it has served as a local Baptist church on this site for over ninety years. In recent years the 1918 building has served the Macedonian Christian Church, which demonstrates the diversity of the Darebin community in the early 21st century. It is also historically important, as its stages, are representative of the development of Reservoir into a residential area during the twentieth century (AHC criteria A.4, D.2).

Aesthetically, the 1964 church is a fine example of a Modernist suburban church, and the work of the accomplished Melbourne Modernist architect Keith Reid. (AHC criteria F.1, H.1)

Socially, the church complex is significant as a group of religious buildings that are known, used and valued by the Reservoir community. (AHC criterion G.1)