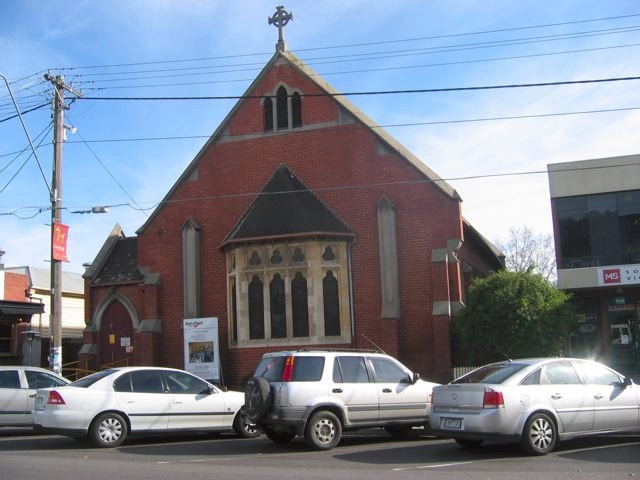 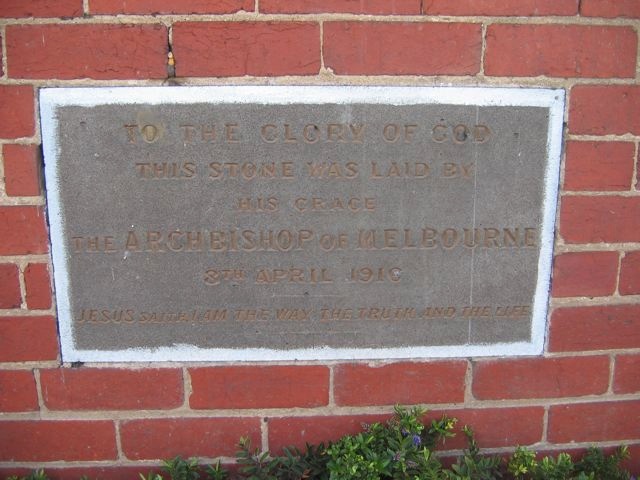 What is significant?
St Paul's Anglican Church at 88E Station Street, Fairfield, erected in 1916 to a design by the eminent church architects Thomas Watt & Sons is significant. The Church has a gable roof clad in slate tile. There are at least two lower gable roofs, arranged in a stepped fashion, towards the rear of the church. The street facing elevation is brick and a parapet conceals the church's roof. There is a crucifix fixed to the apex of this parapet. Below the apex are three-pointed arched vents and further down the wall is a canted-bay window with a hipped roof clad in slate tile. The canted-bay features windows with stone dressings and stained glass windows of a Gothic-style. There are cement mouldings around this window and other window and door openings. There is a foundation stone below the window of the canted-bay. Flanking the canted bay are buttresses that are cement rendered. An entrance porch with a gable roof projects from the south of the church. A large pointed arch forms the doorway of the porch, which has a pair of plain timber doors.

Later additions and/or alterations, including the disabled ramp with steel handrails, fences etc are not significant.

How is it significant?
St Paul's Anglican Church at 88E Station Street, Fairfield is of local historic, aesthetic and social significance to Darebin City.

Why is it significant?
Historically, St Paul's Anglican Church is significant as the second Anglican church built on this site and is associated with the development of Fairfield into a suburb of metropolitan Melbourne in the early twentieth century. With the earlier church, it has seen the site used by the Anglican Church in Fairfield for over 100 years and its location within the middle of the Fairfield Shopping Centre demonstrates the importance of the role of the Church in the local community in the early twentieth century (AHC criteria A.4, B.2, D.2).

Aesthetically, St Paul's Anglican Church is a good example of a relatively intact and substantial Gothic Revival suburban Anglican church from the early twentieth century. Designed by the eminent architectural firm of the nineteenth and early twentieth century, Thomas Watts and Sons, it is designed in a relatively restrained Gothic Revival style, yet is a notable and prominent building in the Fairfield Shopping Centre, which has landmark qualities (AHC criteria D.2, E.1)

Socially, St Paul's Anglican Church is significant as a church that is known, used and valued by the community in Fairfield. (AHC criterion G.1)