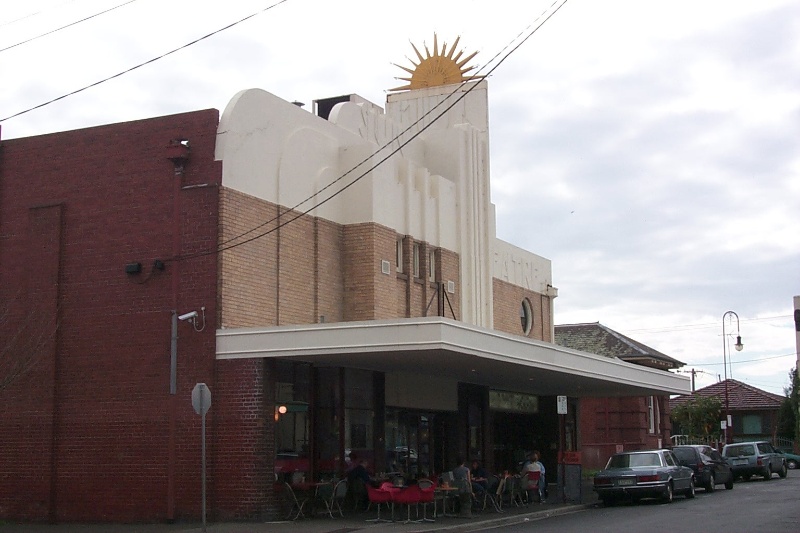 Statement of Significance - Note: this SOS is an extract from the Footscray Conservation Study,1989. Substantial restoration has been undertaken on the site and the SOS is now outdated.

By elimination, the Sun Theatre remains (albeit on a small scale and partly destroyed) as the most successful fully articulated (internally and externally) privately owned Victorian example of the streamlined Modern style. This style (known also. as 'Art Deco') is closely associated with the. public's concept of cinema architecture. By comparison, the free-standing United Kingdom Hotel, Clifton Hill, is a superior example of the style but in a use which does not encourage full expression of the fluid Curves, inside and out. The Sun also forms part of a valuable civic-commercial precinct, distinguished by its layout and individually notable buildings. Historically, among the few cinema buildings of the West, this is perhaps the most remembered and is identified with a socially active local family (Yeomans).