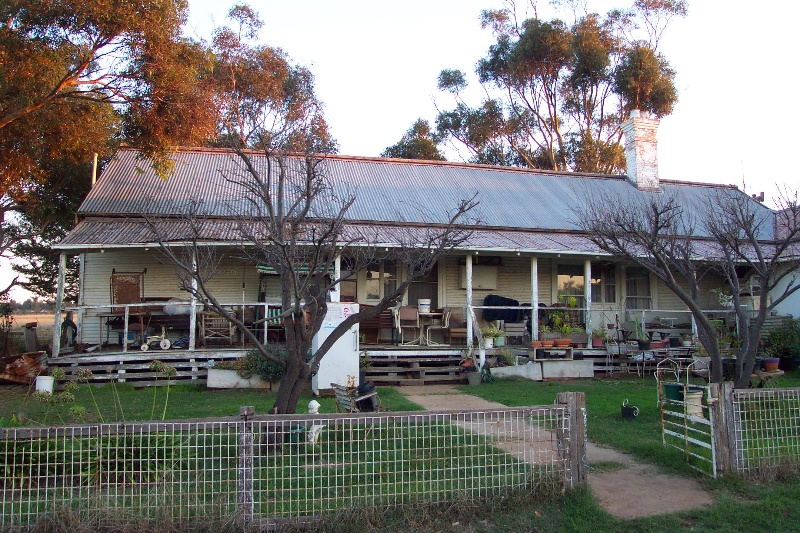 Mount Cotterell Homestead at 167-177 Faulkners Road, Rockbank, is of architectural and historical significance as a moderately intact early twentieth century farm complex comprising a Victorian vernacular styled main house (with additions), machinery shed, stables, underground tank with rivetted ships tank above, and remnants of a shearing shed through the surviving concrete and brick sheep dip. These buildings and structures are a legacy of the establishment and development of the property from 1907 after the break-up of the Clarkes' Rockbank estate, and date to c.1913. The homestead represents one of very few surviving early twentieth century homestead complexes in the Shire, and is of added interest in being adapted from a shearers' quarters.

Mount Cotterell Homestead at 167-177 Faulkners Road is architecturally significant at a LOCAL level (AHC D2). It demonstrates important design qualities of both Victorian and early twentieth century vernacular styles which in turn provide an understanding of the function of the homestead in the early twentieth century. For the main house, these Victorian vernacular design qualities include the elongated gable roof form, together with the skillion verandah that projects at the front. Other intact or appropriate qualities include the single storey height, galvanised corrugated steel and cement sheet wall cladding, galvanised corrugated steel roof cladding, timber verandah posts, brick chimney with a multi-corbelled top, gambrel roof form of the early addition and the timber framed window and door construction.

Mount Cotterell Homestead at 167-177 Faulkners Road is historically significant at a LOCAL level (AHC A4) for its evidence of the break-up of the immense Clarke Rockbank pastoral estate into smaller grazing (and farming) properties in the early twentieth century. This was a watershed in the history of the Shire of Melton. The long part of the house, constructed of corrugated iron, is of interest for originally being the property's shearers' quarters, the only known surviving early twentieth structure of this type in the Shire. The domed cement rendered underground water tank, together with the rivetted steel ship's tank above, represent nineteenth and very early twentieth century water storage technology and construction, common for the period, but no longer practised. This tank has recently been demolished by excation. The dry stone walls on the property, almost certainly dating from the Clarke era, are also significant.

Mount Cotterell Homestead at 167-177 Faulkners Road is scientifically significant at a LOCAL level (AHC C2). The sheep dip and site of the former large shearing shed has the potential to contribute to a wider understanding of the early twentieth century farm processes on the property and in the Shire of Melton.

Mount Cotterell Homestead at 167-177 Faulkners Road is socially significant at a LOCAL level (AHC G1). The property has the potential to help interpret early twentieth century mixed farming, in particular the incorporation of sheep (for wool and meat) into small farms in this period, and the associated initial use of large pastoral shearing sheds by nearby smaller farmers.