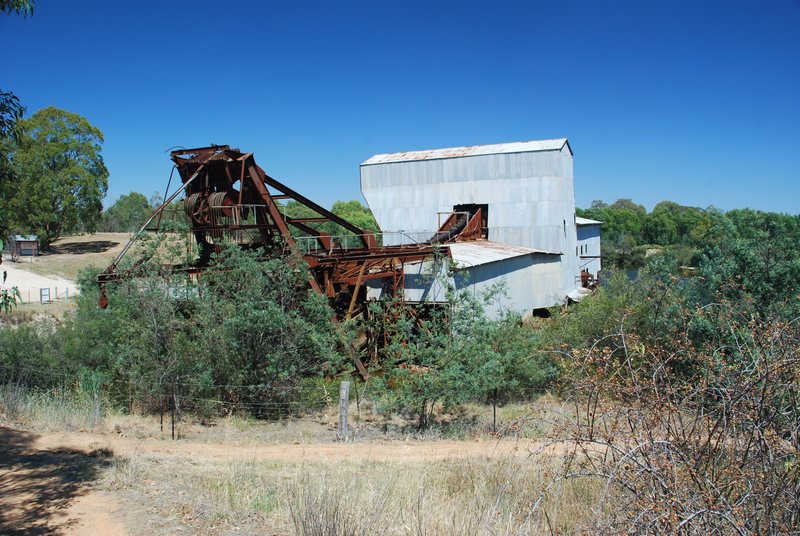 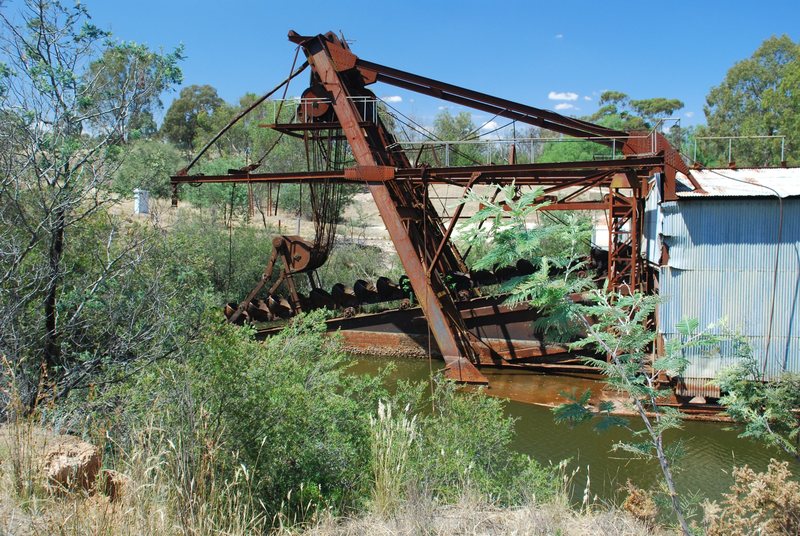 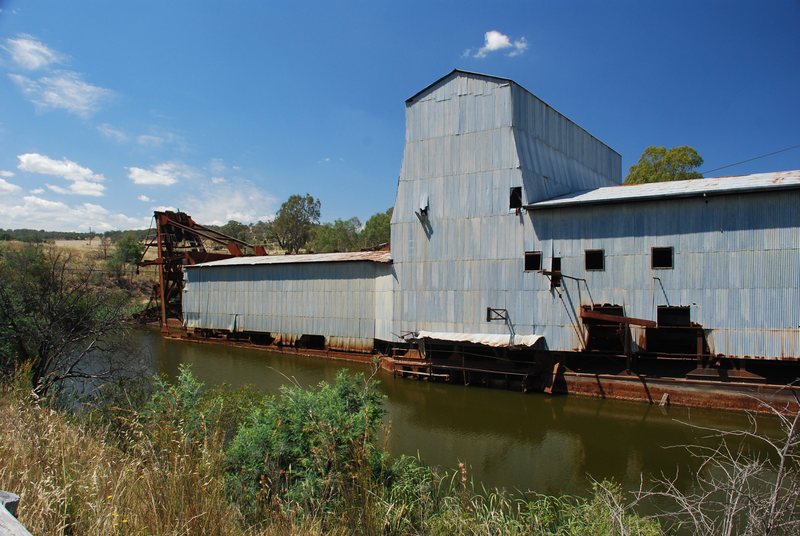 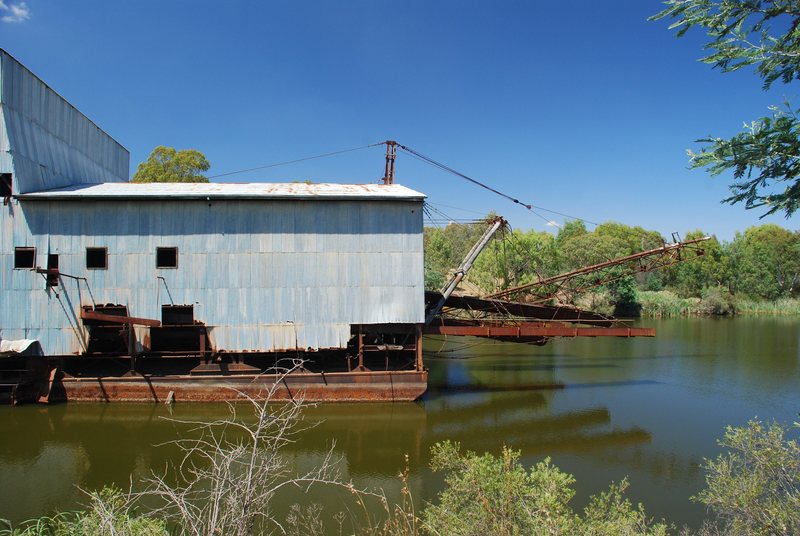 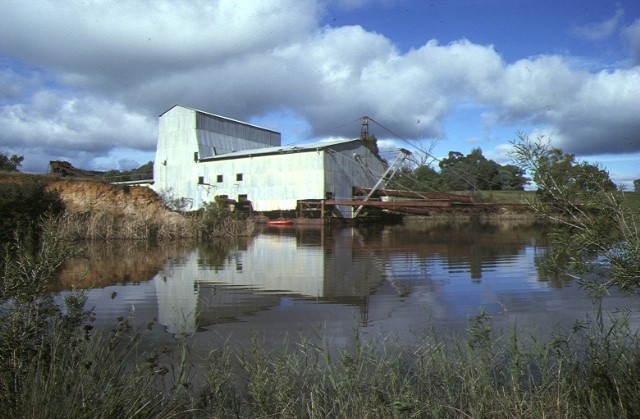 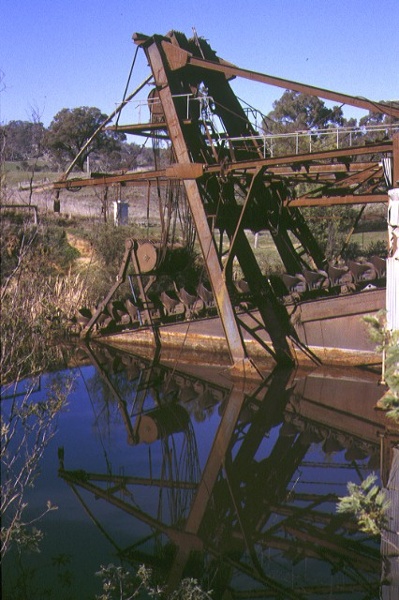 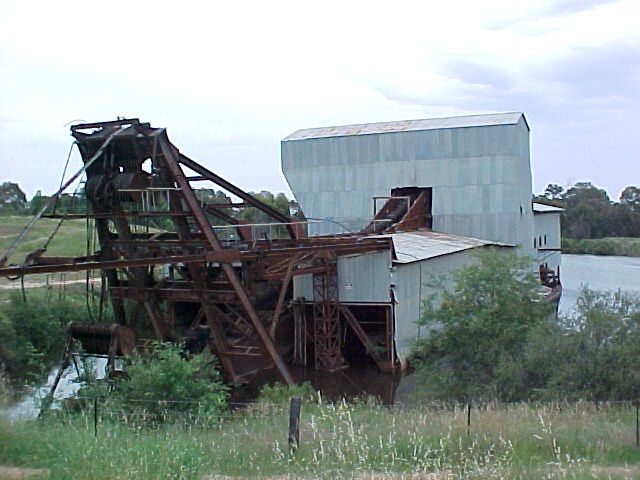 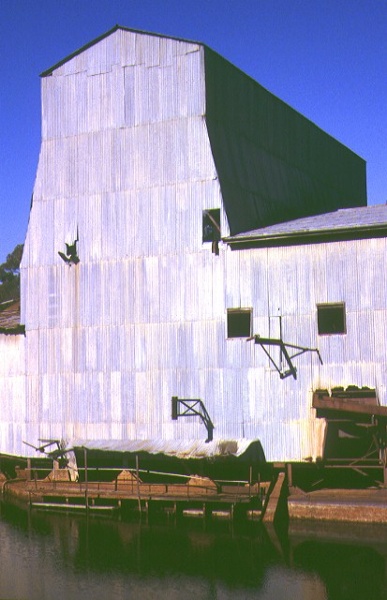 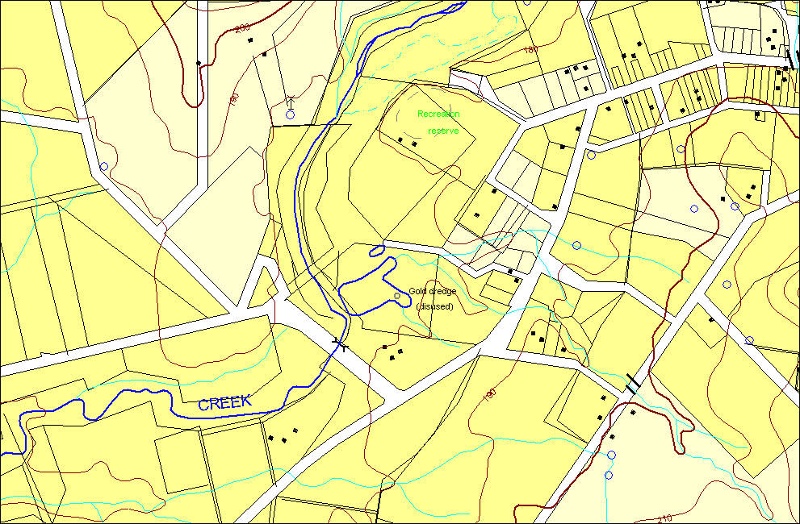 The dredge is situated south-west of the township of Eldorado, in theparish of Byawatha, 10 miles from Wangaratta in north-eastern Victoria.In mid 1935, the Thompson Engineering Company of Castlemaine, commencedconstruction of this, the largest dredge of its kind in Australia. Thedredge was constructed in Castlemaine and assembled at the mine site.The construction was commissioned by Cocks Eldorado Gold Dredging NoLiability, a Melbourne based company, and the dredge was officiallyopened by the Minister for Mines on 1 May 1936. The gold and tin mining dredge at Eldorado is considered of sufficient importance as a relic ofAustralia's industrial history to warrant it being recommended to theMinister for addition to the Register.