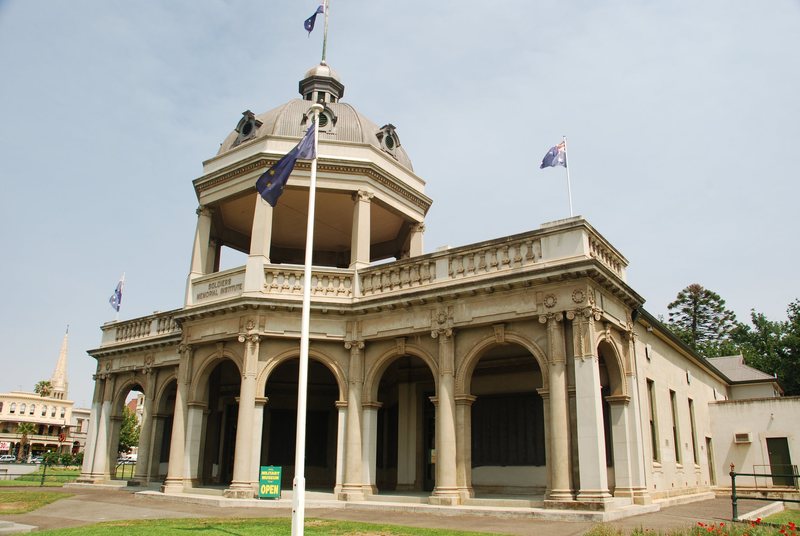 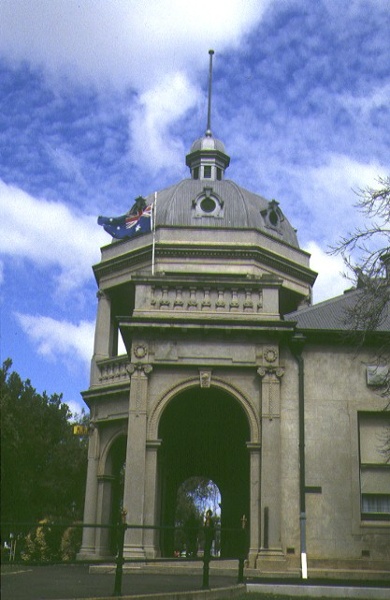 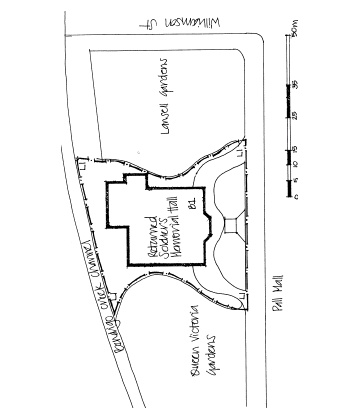 What is significant?
The Returned Soldiers' Memorial Hall was opened on 15 November 1921 by the Earl of Stradbroke as a permanent memorial to all those from Bendigo who served in World War One and particularly to those who died in service. The design of the memorial hall characterised by stripped and distorted classicism popular with public buildings of the early twentieth century, was by local architect Mr GD Garvin of the architectural partnership, W Beebe and GD Garvin. The memorial hall was planned to provide accommodation for a club for returned soldiers, a band rotunda and a publicly accessible honour roll. on Anzac Day, 1926 the Honour Roll, with 2300 names on bronze tablets fitted on the wall of the loggia of the Memorial was unveiled.

How is it significant?
The Returned Soldiers' Memorial Hall, Bendigo is of architectural, social and historical significance to the state of Victoria.

Why is it significant?
The Memorial is of architectural importance as an unusual example of a war memorial hall designed to accommodate a band rotunda on the roof. The building has well designed external detailing, integrating symbolic memorial wreaths and flags characteristic of war memorials with more standard classical architectural features. The Bendigo Returned Soldier's Memorial is of historical and social importance as a large intact memorial hall commemorating the citizens of Bendigo and region who served and gave their lives during World War I.