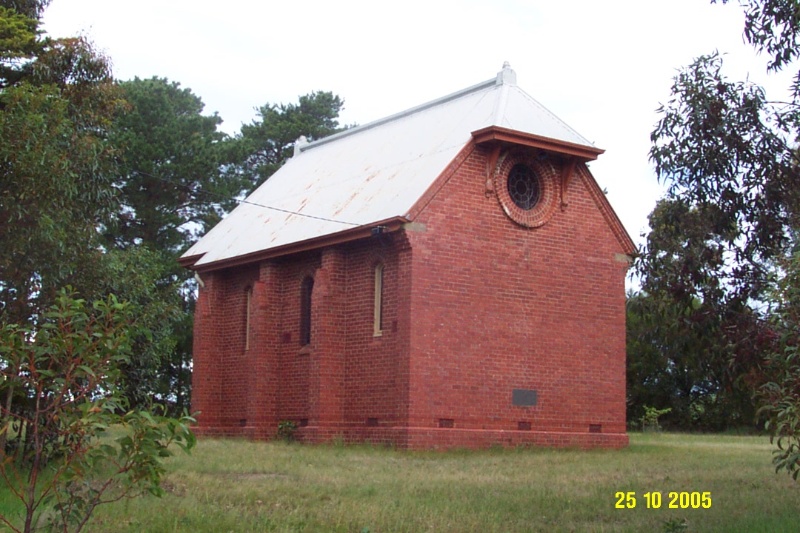 What is Significant?
St. Paul's Anglican Church, located on the south west corner of the Portland-Casterton Road and Dunan Road at Henty, is a modest but fine example of the Arts and Crafts Gothic style. The land on which the church stands was left to the Anglican Church by Lousia Henty, the unmarried daughter of Francis Henty of nearby Merino Downs. It is said that her wish to have the church built was to keep the workers at Merino Downs sober for work on Monday morning. The church is red brick with a white painted cement render, generally rectangular, with a polygonal apse at the southern end and three bays. The interiors include a fine altar, main window, lectern, pews, memorials and plaques. The church was designed by Louis R. Williams, and has many distinctive features common to the architect's style, such as jerkin head gables, circular rose windows and a sense of the building being 'stretched' upwards. The corrugated iron roof is steeply pitched at 45 degrees and either end is finished with timber finials. The original post and rail wooden fence, set with wire, and the metal gate survive around the church, defining the boundary of the land. Within the churchyard, there are mature plantings of Pinus radiata, typical of public buildings of the period. Generally, the church and its surrounding fences and plantings are in very good condition and retain an excellent degree of integrity.

How is it significant?
St. Paul's Anglican Church is of architectural and historical significance to the Glenelg Shire.