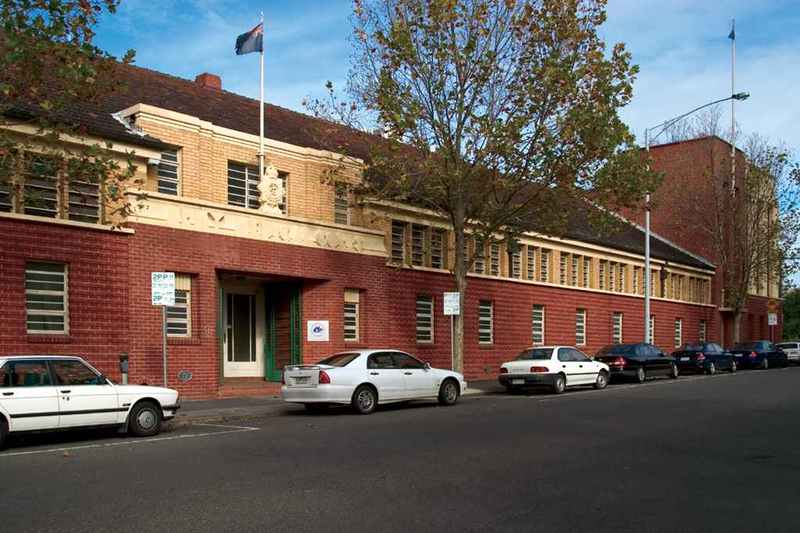 Built in 1938 for the Army Medical Corps, this drill hall and offices is a superior and intact example from a distinctive public building design-type which successfully combined the prevailing Moderne influences with the formal classical revival solemniity desired for public architecture.
It is also symbolic of a development of a continuing use-type (drill halls), reflecting a re-interpretation of what had been hitherto an almost sterotyped design response to the type and a substantial, well-preserved and prominent example of the Australian preparation for World War Two. This new type of drill hall was designed by the talented architect, G H Hallandal, working under the Director of the Victorian branch of the Department of Works, H J Mckennel.
Classified: 01/10/1990