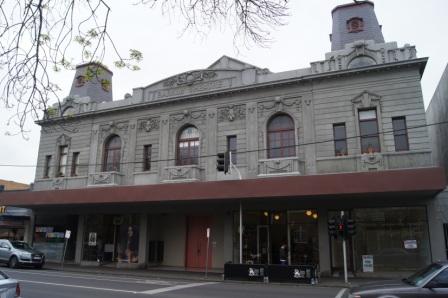 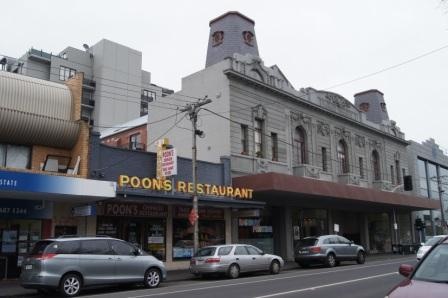 The Barkly Theatre, built in 1914 for the Barkly Theatre Company to the design of Blackett & Forster, is of State historical, architectural and social significance.
Historically, it is the second oldest substantially intact architecturally notable cinema remaining in Victoria. With its distinctive towers and Edwardian Baroque cement detail, it is one of the most substantial and architecturally pretentious early suburban cinema buildings in Melbourne. It is also one of the earliest to demonstrate the cantilever principle of dress circle construction. Storm damage to the theatre fly tower in 1990, and minor fires in the 1980s have not significantly compromised the integrity of the cinema interior.
It is architecturally distinctive for its pair of picturesque, tapering towers capping the main facade, and the florid Edwardian Baroque cement detail. The arrangement and style of the facade is identifiably similar to the earlier French Second Empire style Princess Theatre (1886).
The Barkly Theatre is socially significant for its association with a major form of popular entertainment in the twentieth century. It has been an important gathering-place for the local community.
Classified:01/10/1990
Upgraded: 03/09/2001