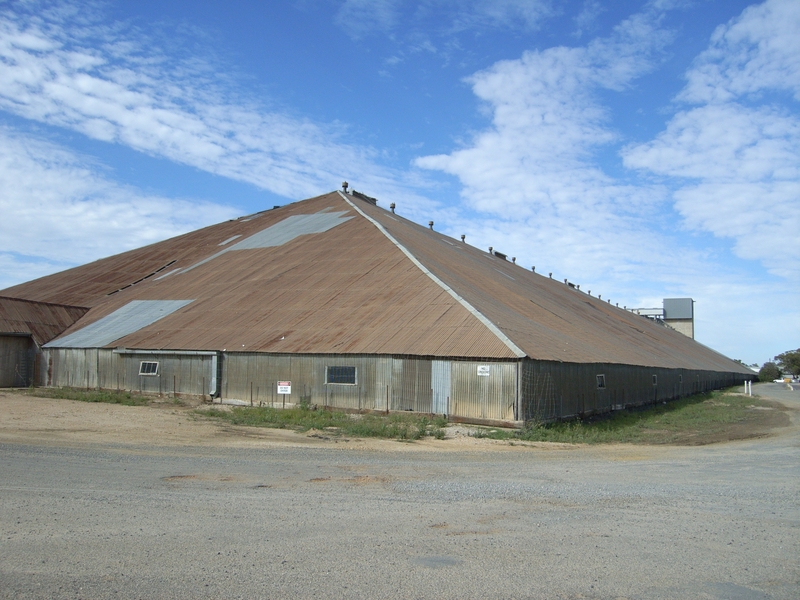 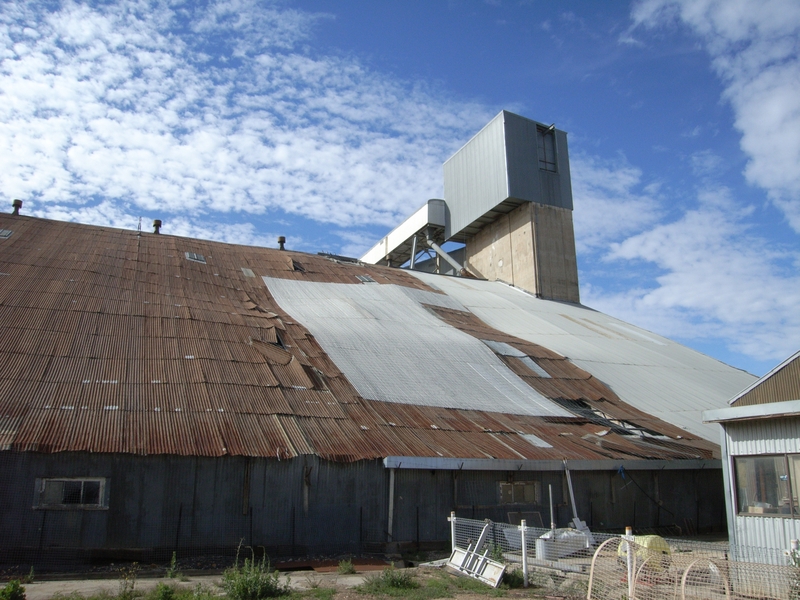 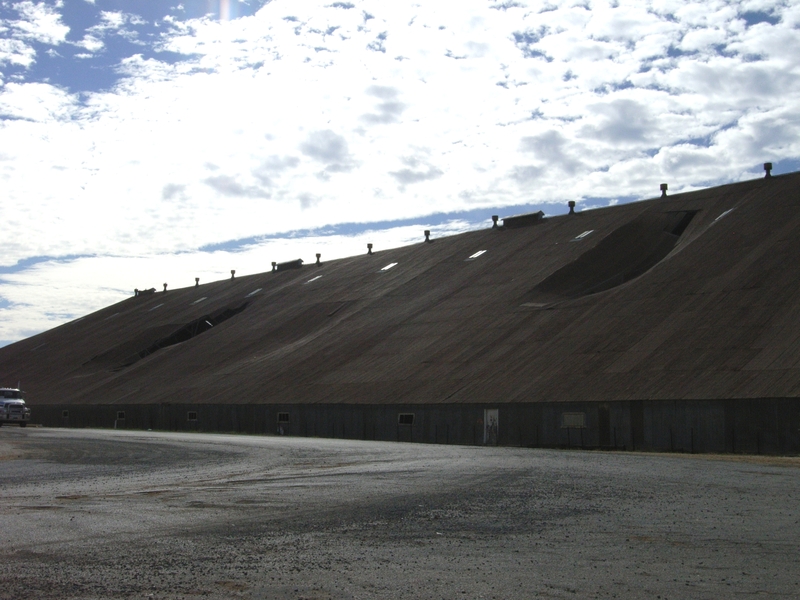 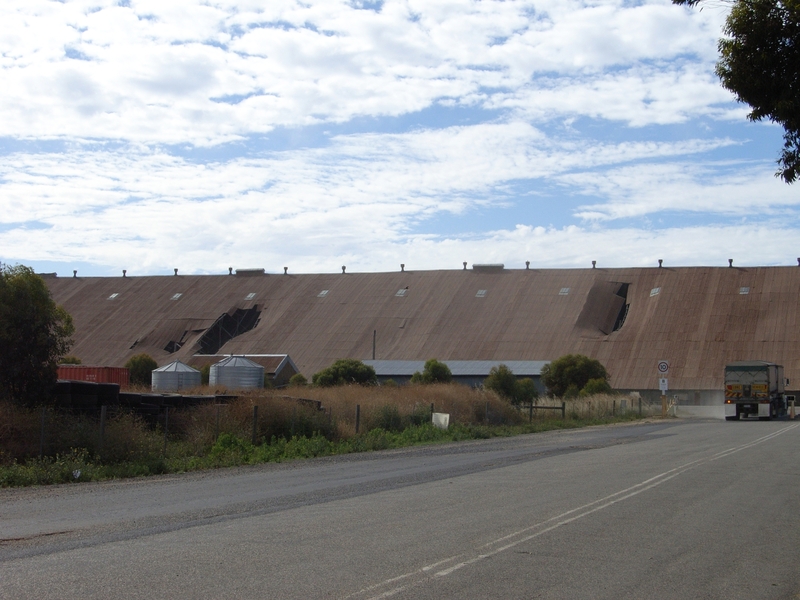 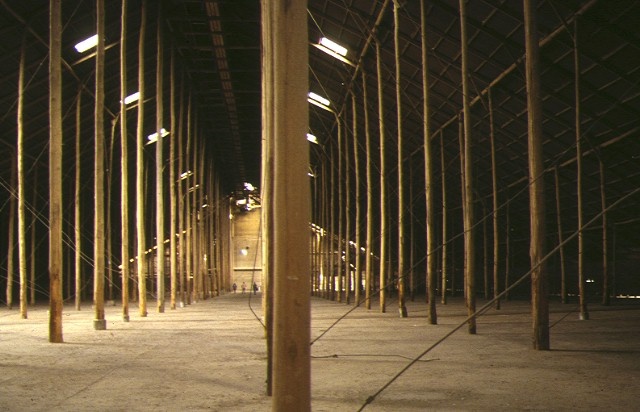 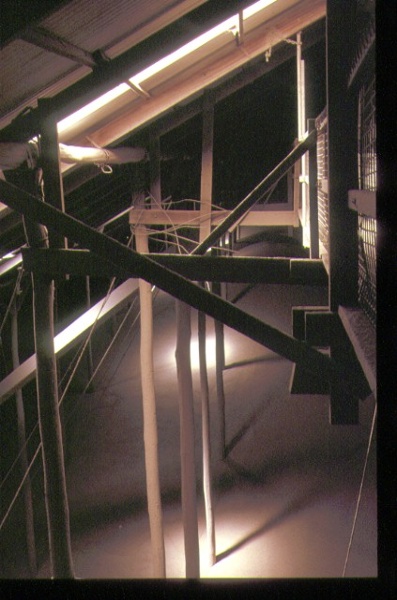 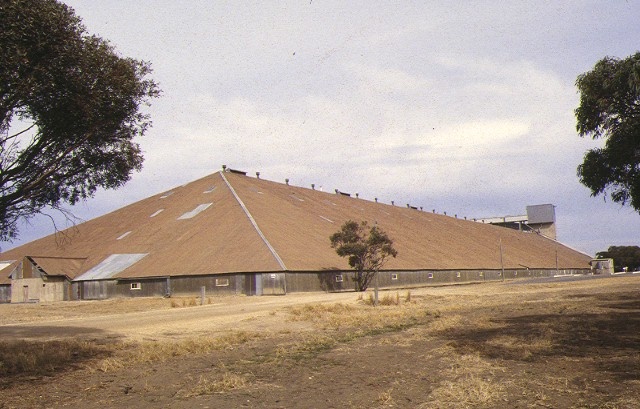 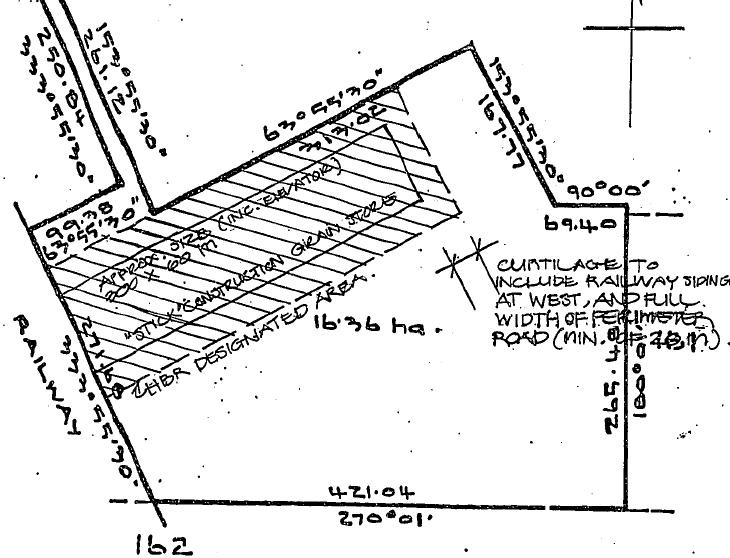 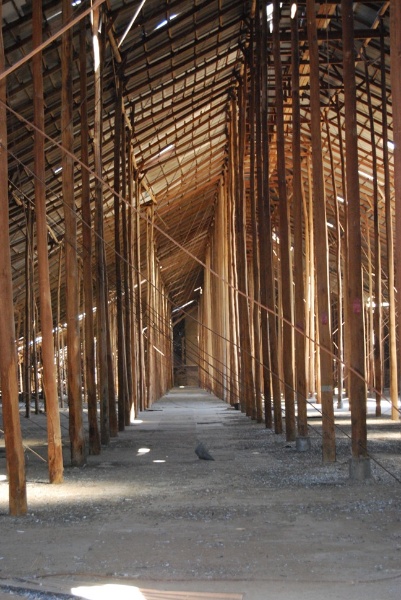 The Marmalake/Murtoa Grain Store, originally the No.1 Murtoa Shed, is located within the Murtoa Grain Terminal, adjacent to the grain elevator tower and railway line. The shed is 280m long, 60m wide and 19m high at the ridge with a capacity of 3.4 million bushels. The hipped corrugated iron roof of the shed is supported on approximately 600 unmilled hardwood poles set in a concrete slab floor and braced with iron tie rods. These poles are the reason for use of the term "stick shed". With its vast gabled interior and the long rows of poles the space has been likened to the nave of a cathedral. An elevator at one end took wheat from railway trucks to ridge level where it was distributed by conveyor along the length of the shed, creating a huge single mound of grain. Braced internal timber bulkheads on either side took the lateral thrust of the wheat, and conveyors at ground level outside the bulkheads took wheat back to the elevator for transport elsewhere.

Wheat had been handled in jute bags from the start of the Victorian wheat industry in the mid nineteenth century. Bulk storage had been developed in North America from the early 1900s. NSW began building substantial concrete silos from 1920-21. In Western Australia, farmers' co-operatives, who had to supply their own bulk storage from 1934-5, pioneered the use of low-cost horizontal sheds of timber and corrugated iron for bulk storage. Following its establishment in 1935 the Victorian Grain Elevators Board (GEB) planned a network of 160 concrete silos in country locations, connected by rail to the shipping terminal at Geelong. By the outbreak of the Second World War there was a worldwide glut of wheat, and Australia soon had a massive surplus which it was unable to export. Only 48 silos had been established under the Victorian Silo Scheme so far, and wartime material and labour restrictions prevented progress with this scheme. The storage deficit had become an emergency by 1941 as Britain obtained its imports from North America, rather than over the lengthy and difficult shipping route from Australia.

In 1941 the GEB, under chairman and general manager Harold Glowrey, proposed large temporary versions of the horizontal bulk storage sheds already in use in Western Australia. The proposal was approved by the Victorian Wheat and Woolgrowers Association, who considered the use of shed storages as a longer term proposition. After initial resistance from the Australian Wheat Board, some of whose members represented wheat bagging interests, the Commonwealth and Victorian governments agreed to split the costs, and Murtoa was chosen as a suitable site for the first emergency storage. The main contractor, Green Bros, commenced work on the No.1 Murtoa Shed in September 1941, deliveries of bulk wheat began in January 1942, and the store was full by June of the same year.

In the following years the Council for Scientific and Industrial Research (later CSIRO) conducted valuable research and experiment on the impacts and control of insect pests at the Murtoa No.1 shed. With these discoveries, and the development of more effective pesticides, use of the No.1 shed and the larger No.2 shed, erected in 1942/43, continued for many years. The No.2 shed was demolished in 1975. By the 1990s, pest resistance to pesticides and requirements for both pest free and insecticide free grain rendered open storage of this type unviable. The No. 1 store was also becoming increasingly expensive to maintain, and its use was phased out from 1989.

The Marmalake/Murtoa Grain Store is of historical, architectural, scientific (technical) and social significance to the State of Victoria

The Marmalake/Murtoa Grain Store is architectural significance as a rare surviving example of the 'stick shed' building type, a long horizontal bulk wheat storage shed constructed of timber and corrugated iron. The Marmalake/Murtoa Grain Store is the earliest and only remaining of three large sheds of this type built in Victoria during the early 1940s.

The Marmalake/Murtoa Grain Store is of historical significance for its associations with the massive expansion in Australia's wheat growing capacity in the post-Federation years, which created major handling and marketing challenges.

The Marmalake/Murtoa Grain Store is of historical significance for its associations with the combined impact of the Second World War and Australia's remote geographic location on Victoria's wheat trade, and particularly the resulting requirement for emergency bulk storage.

The Marmalake/Murtoa Grain Store is of scientific (technical) significance as an example of a unique building type deployed in Victoria during the Second World War to cope with a deficit in bulk storage of wheat. The Marmalake/Murtoa Grain Store employed an ingenious form of construction using low cost vernacular materials including corrugated iron and long hardwood poles from Victorian forests to create a very large structure in a time of material shortages.

The Marmalake/Murtoa Grain Store is of technological/scientific significance as the site of early and important scientific research into the effects of pests and the efficacy of pest control in grain stored in large open bulk storage facilities.

The Marmalake/Murtoa Grain Store is of architectural significance as an expression on an unusually grand scale of the Australian rural vernacular corrugated-iron tradition.

The Marmalake/Murtoa Grain Store is of aesthetic and architectural significance as a building which stimulates poetic responses, and which is valued for its impressive external presence in the surrounding plain and for the aesthetic qualities of its vast internal space which has been compared to both cathedrals and forests.

The Marmalake/Murtoa Grain Store is of social significance for its associations with the economic life of the Wimmera and southern Mallee as a longstanding feature of the single major wheat storage/collection facility in this major Victorian wheat growing region.