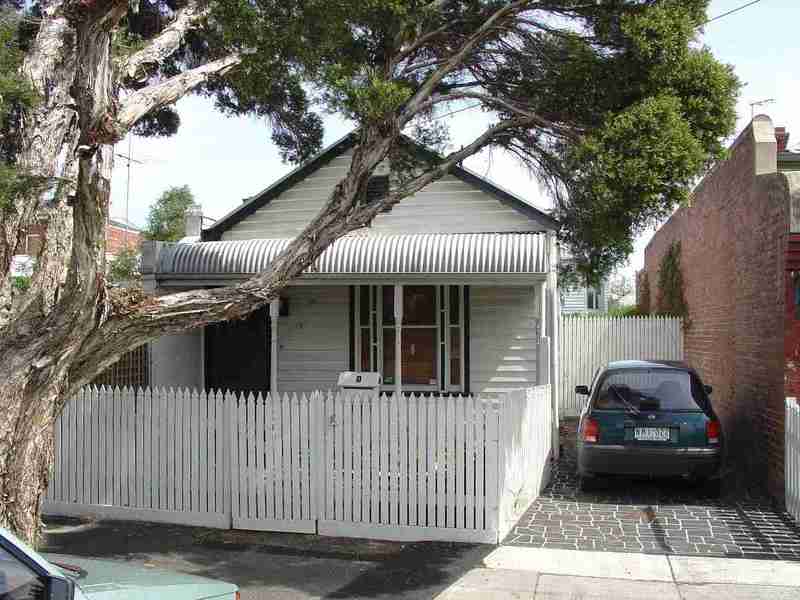 The land comprising the Gold Street Heritage Overlay Area was first sold in 1839. Part was sold to Sydney-based merchants Hughes and Hoskins, and the northern lots 86 and 87 to J S Ryrie and A Mossman. Subdivision of the south of the area commenced in 1850. Hodgkinson's map of 1858 indicates a small number of houses at the southern ends of Gold and Wellington Streets. The Proeschel 'Map of Collingwood' c.1855 shows Gold, Ballarat, Alexander, Forest and Bendigo Streets, named after the principal Victorian goldfields. Subdivisions seeking to attract former gold seekers were common in 1850s Melbourne, as in the early Yarraville Township (50).

Development elsewhere in the Heritage Overlay Area was inhibited by its poor drainage. By 1858 the Reilly Street drain, now under Alexandra Parade, had been formed with the intention of draining the Crown land in Clifton Hill, thus increasing land values and hence enabling profitable sales to developers. The vision of urban improvement advanced and the 1860s saw building in the area quicken, including buildings such as the prefabricated Singapore House (1853; 136 Sackville Street) and the bluestone house at 74 Keele Street (1867).

Hotels, dairies, the Home of Hope Orphanage for Destitute Children (Easey Street) and the Baptist Tabernacle in Sackville Street were constructed during the 1870s-1880s: the significant Beath Schiess and Co.'s factory complex at 108-112 Sackville Street was also developed in 1883-1888. MMBW maps from 1895 show that all but the north-east corner of the Gold St area (90%) was developed, with the densest development in the block bounded by Easey, Keele and Hotham Streets, as attached or semi-detached cottages. The MMBW Detail Plans (1900) also show street trees in Gold Street (51).

The main development period is that of the Victorian era with a substantial contribution from the Edwardian-period. There is also a contribution from some well preserved inter-war buildings and individually significant places of all eras.

The Gold Street Area contributory elements include (but not exclusively) typically detached and attached Victorian-era and Edwardian-era mainly one storey houses having:

. Pitched gabled or hipped roofs, with some facade parapets;

. Mainly one storey wall heights but with some two storey house rows;

. Post-supported verandah elements facing the street, set out on two levels as required with cast-iron detailing;

. Corner shops and residences with display windows and zero boundary setbacks and commercial buildings such as corner hotels;

. For its good representation of modest substantially intact timber and masonry workers' housing, interspersed with occasional industrial and commercial buildings dating predominantly from the late 19th and early 20th century. This residential and industrial mix contributes to an understanding of this area's heritage as a working class industrial suburb;

. As the largest group of early residential buildings remaining in Collingwood with the ability to demonstrate what was once more typical nature of the broader suburb;

. For the well-preserved late 19th century and early to mid 20th century industrial and commercial buildings;

. For the buildings that are of individual significance; and

. For the early street, lane and allotment layouts, together with some original bluestone infrastructure such as kerbs and guttering, providing an appropriate setting for this collection of buildings.